‘Pathaan’ gets record-breaking response at ticket counters in pre-booking 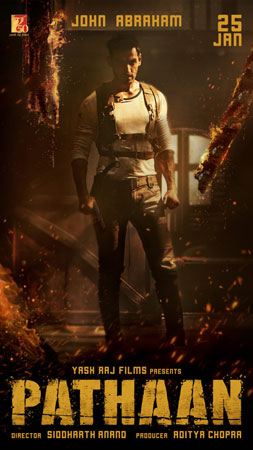 Despite all the controversy, Shah Rukh Khan’s Pathaan is being witnessed as a blockbuster at the box office before its release.

The film seems to have an uncertain fate in India as after being submitted to the censor board, the makers have been asked to make changes in the film otherwise the film will have to face consequences. Pathaan seem to have a shiny fate abroad.

On December 28, the pre-booking of the film began in Germany and reportedly, the response is outstanding. Reports claim that the first day’s show is a houseful. In Germany, theatres in seven cities namely; Dammtor, Munich, Berlin, Offenbach, Hannover, Harburg and Essen are witnessing a huge crowd beforehand.

According to one of the Twitter user, not a single ticket is left for Pathaan in Canada before February as entire January is sold out.

Siddharth Anand’s directed film Pathaan brings Shah Rukh back to the silver screen after a break of four years. The film also features John Abraham and Deepika Padukone. Moreover, the film will also star Salman Khan and Hrithik Roshan for cameo from the Tiger and War franchise correspondingly.

As per News18, Pathaan, which is set to release on January 25, has witnessed a great pre-booking response from aboard. Now, let’s see how the film responds in pre-booking in India.