Remembering Pakistani stars who passed away in 2022

* Here, we remember the actors, singers and other celebrities we lost in 2022 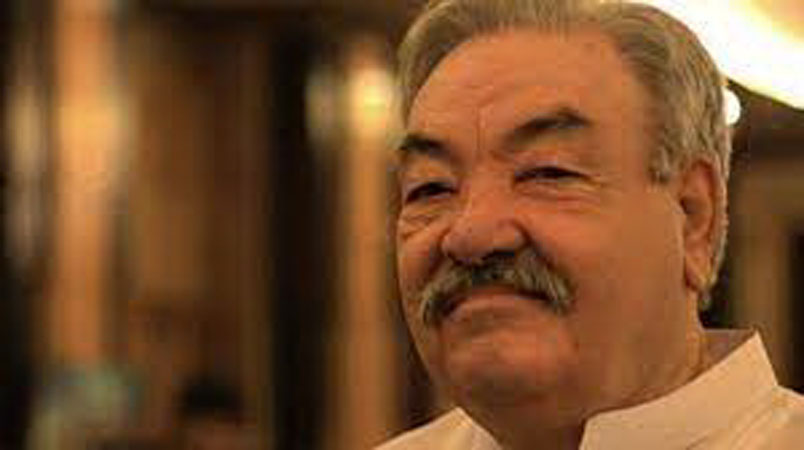 As this year ends, we look back at the stars who bid farewell to this world in 2022. Some of the greatest legends from famous televangelist Amir Liaquat, and the biggest name in comedy, Ismail Tara, to the ‘Mother Teresa’ of Pakistan, Bilquis Edhi, left this mortal world this year.

Here, we remember the actors, singers and other celebrities we lost in 2022.

RASHEED NAZ — at the age of 73, renowned TV and movie actor Rasheed Naz passed away on January 17. Rasheed began his acting career by performing in Pashto plays. Aik Tha Gaon, which aired in 1973, was his first Urdu play. The celebrated star worked in several Pashto, Hindko and Urdu language plays. Apart from Urdu projects, his first Pashto film was Zama Jang in 1988.

MASOOD AKHTAR — senior actor Masood Akhtar passed away on March 5, after being hospitalised for two months. He was suffering from lung cancer and was being treated at a private hospital in Lahore. Akhtar is known for playing a range of characters in films, dramas and theatre productions. Masood also received the Pride of Performance award.

BILQUIS EDHI — known as the ‘Mother Teresa’ of Pakistan, social activist, and philanthropist Abdul Sattar Edhi’s widow Bilquis Bano Edhi passed away on April 15 in Karachi. She was undergoing treatment at a private hospital for blood pressure problems. Bilquis devoted more than 60 years of her life serving humanity. She was the executive director of Bilquis Edhi Foundation and a professional nurse. She worked tirelessly to carry on the mission of her late husband, Abdul Sattar Edhi. The care and compassion with which she served humanity will be missed by the whole country.

DR AMIR LIAQUAT HUSSAIN — one of Pakistan’s most famous televangelist and Pakistan Tehreek-e-Insaaf’s (PTI) MNA, Dr Amir Liaquat Hussain passed away in Karachi on June 9, this year. The 50-year-old’s driver discovered him motionless in his bedroom. He was then rushed to a private hospital, where a doctor pronounced him dead upon his arrival. Dr Aamir Liaquat was laid to rest next to his parents, in the courtyard of Karachi’s Abdullah Shah Gazi shrine.

TANVEER JAMAL — Tanveer Jamal, a veteran actor and well-known figure in Pakistan’s entertainment industry, died on July 13 at the age of 60. The actor was battling cancer, which severely damaged his lungs, causing him severe breathing difficulties.

NAYYARA NOOR — legendary singer, Nayyara Noor, passed away at 71 after a brief illness in Karachi. Despite having no musical training or background she was referred to as the nation’s ‘queen of melody’. Noor was among the most well-known playback singers in the Pakistan. She was seven years old when her family moved to Pakistan from Guwahati, Assam. Noor started singing songs on Radio Pakistan in 1968 and in 197; she appeared on PTV. She has sung numerous songs for movies, and has fans all over the subcontinent.

TARIQ TEDDY — suffering from liver disease, the famous stage comedian, Tariq Teddy, passed away in Lahore on November 19. Tariq Teddy was only 46 years old when he died while receiving treatment at the Pakistan Kidney & Liver Institute in the intensive care unit – ICU. Tariq Teddy started his career from commercial theatre at a very young age. His first commercial theater play took place in 1990. He spent three decades entertaining people with his unique style of comedy. Few of his famous plays include Mama Pakistani, Sabse Bara Rupaiya, Jee Karda and Dosti.

TONY NAVAID RASHID — termed as ‘Encyclopedia of Lollywood’, Tony Navaid Rashid, died of cardiac arrest in Lahore on November 23. Tony was a
well-known TV host, actor, singer, film critic, and fashion photographer. He rose to fame as a serious film critic in 2006 when he hosted a segment on Nadia Khan’s show, “Malai Maar Kay”.

ISMAIL TARA — the Fifty-Fifty actor and comedian took his final bow in 2022. The 73-year-old actor had renal issues, and according to his family, both of his kidneys had stopped functioning. He was on a ventilator at a private hospital in Karachi when he passed away on November 24. Starting his career in 1964, Tara was dubbed as the Pakistani ‘Johny Walker’ performing in hit movies such as the 1993 film Haathi Mere Saathi, Aakhri Mujran, Munda Bigra Jaye, Chief Sahib and Deewarein.

AFZAAL AHMED — the veteran Pakistani actor, Afzaal Ahmed, bid farewell to this world due to paralysis. He suffered a brain hemorrhage and was taken to General Hospital Lahore, where his health further deteriorated and he passed away on December 2. Ahmed started his acting career in the 1970s with the movie Dhiyan Namanian. Ahmad is best known for his work in International Gorillay, Aakhri Muqabala and Jatt in London.