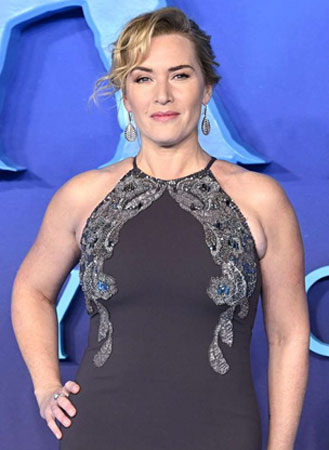 Kate Winslet is having her fun after she broke Tom Cruise’s impressive record. The actress, 47, recently spoke with USA Today about training for her latest movie, Avatar: The Way of Water. While filming the James Cameron directorial, Winslet famously held her breath underwater for seven minutes and 47 seconds, via People Magazine.

The Titanic actress revealed that she hasn’t reached out to the Top Gun: Maverick actor since she bested his time. However, while in conversation with the outlet, Winslet did say, “Poor Tom.”

“I mean, I don’t know Tom at all – I’ve never met him in my life – but I’m sure he’s getting very fed up of hearing this story of how I broke his record,” she joked. “I loved it, though … I was amazed how good I was at it and how I just kept getting better.”

Winslet also credited her husband Edward Abel Smith (formerly known as Ned Rocknroll) for helping her practice. “Ned is an extremely fit, healthy person and is capable of a great many things,” Winslet added.

“He trained with me so that if I needed to practice without our instructor there we were safe because you really can’t do it by yourself. It’s the same as scuba diving: You have to have a buddy. It’s a sport, it’s a skill, and your body adjusts to be able to do that thing. So having Ned there was very important.”