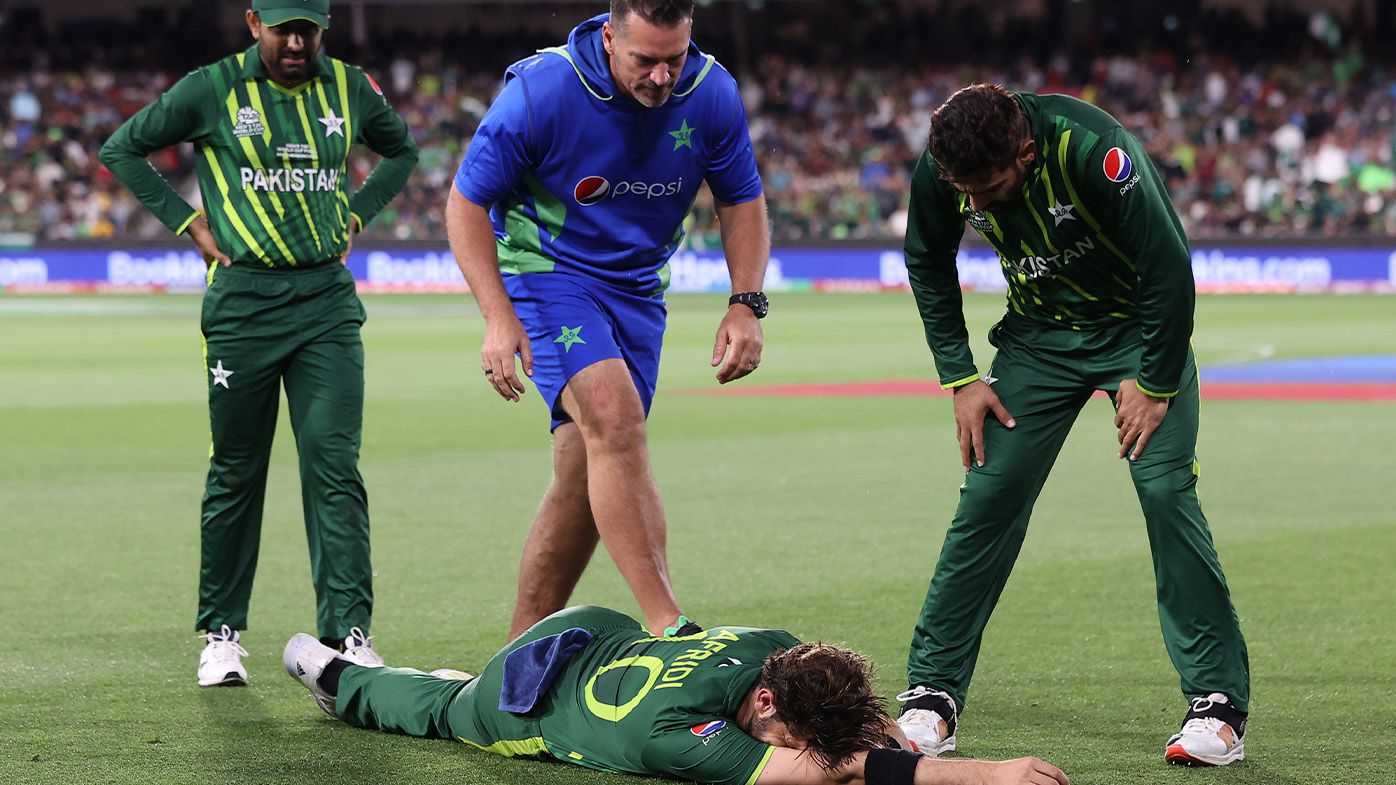 Pakistan paceman Shaheen Shah Afridi was ruled out from three-match Test series against England as he goes rehabilitation following surgery and a knee injury. He suffered during the T20 World Cup 2022 final against England on November 13.

The Pakistan Cricket Board (PCB) Chief Selector Muhammad Wasim confirmed the 18-player squad for December’s three ICC World Test Championship matches during a press conference at the iconic Gaddafi Stadium as the Babar Azam-led side gear up for the upcoming series.

🚨 Our 18-player squad for the three-Test series against England 🚨#PAKvENG pic.twitter.com/NOXoTMPYDx

The absence of Shaheen has dealt a massive blow to the Pakistani side, who rely heavily on the young bowler to lead the team’s pace attack.

Shaheen was unavailable for selection after he underwent appendicitis surgery on Sunday, which will require three to four weeks’ rest, and he will resume his two-week rehabilitation on his right knee.

Shaheen, Pakistan’s strike bowler in all game formats, has 99 Test, 62 ODI, and 58 T20 international wickets from a career that started in 2018.

There are four changes in the squad from Pakistan’s last Test assignment, which was in Sri Lanka that resulted in the two-Test series ending 1-1. The three players who are not part of the side, apart from Shaheen, are Hasan Ali, Fawad Alam, and Yasir Shah.