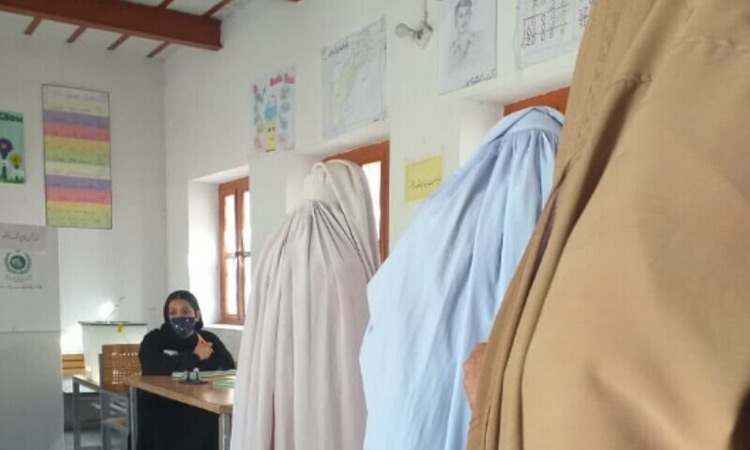 Chairman Pakistan Tehreek-e-Insaf (PTI) Imran Ahmad Khan Niazi on Sunday won the National Assembly’s seat NA-45 Kurram bye-election. According to the unofficial result, Imran Ahmad Khan Niazi secured 20,748 votes while Jamiat Ulema-e-Islam candidate Jamil Khan got 12,718 votes. The election process started at 08:00 am and continued up till 05:00 pm without any break. A total of 198,618 registered voters among which 111,349 were men and 87,269 were women. Similarly, a total of 143 polling stations were set up 119 were declared very sensitive while 24 polling stations were put in the category of sensitive. As many as 2,100 policemen were deputed on polling duty to maintain peace during the bye-election. PTI chief among 16 candidates was contesting the election from NA-45 Kurram. The seat of NA-45 was lying vacant after the demise of the JUI-F MNA Munir Khan Orakzai. This seat was won by PTI candidate Fakhar Zaman Khan in a February 2021 bye-election while Speaker National Assembly had accepted his resignation among other PTI MNAs. Although there were 16 candidates contesting the NA-45 seat, the main fight was between Imran and a candidate jointly fielded by the Pakistan Democratic Movement member parties, Jamiat Ulema-Islam-Fazl leader Jamil Khan.

Other candidates include Sher Mohammad Khan of the JI, former MNA Fakhar Zaman, who had vacated the seat and is now covering candidate for Mr Imran, and independent candidates Mohammad Zahir Shah, Sarfaraz Khan, Abdul Khaliq, Shah Nawaz Khan, Khalilur Rehman, Abdul Qadir, Mohammad Shoaib, Sadiq Khan, Jahanzeb, Niaz Badshah, Eidgul Mengal and Saifullah Khan. NA-45 Kurram was one of the four National Assembly constituencies in Khyber Pakhtunkhwa, where polling for by-elections were scheduled to be held on Oct 16, but the ECP first postponed it and later fixed it for Oct 30. In the other three constituencies of NA-22 Mardan, NA-24 Charsadda and NA-31 Peshawar, former prime minister and chief of Pakistan Tehreek-i-Insaf Imran Khan had emerged successful.