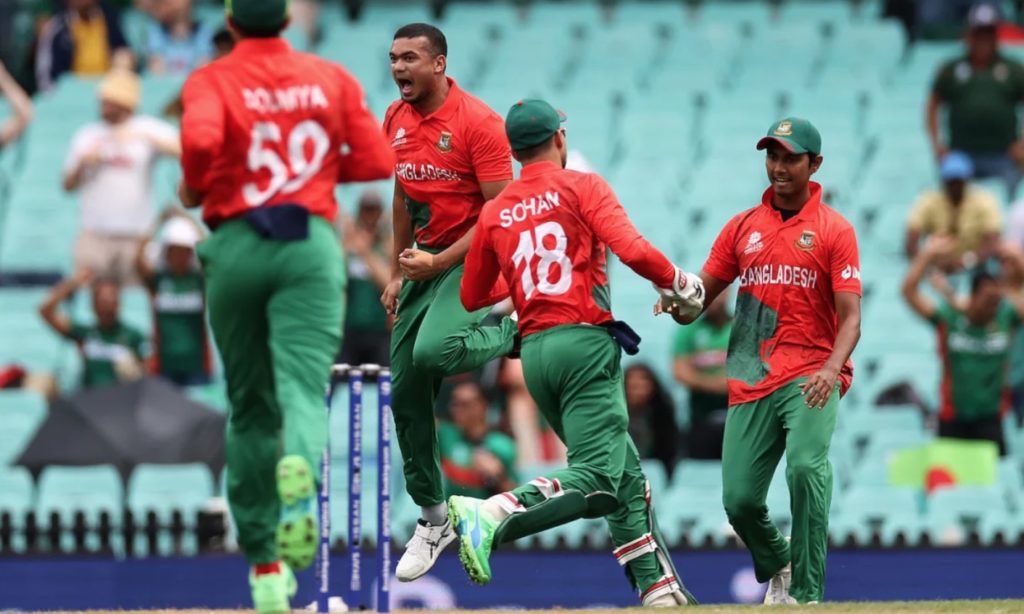 Bangladesh coach Sridharan Sriram said Saturday he believed his team could become “a very good T20 side for the future” despite mixed fortunes so far at the World Cup, with Zimbabwe their next challenge.

The Asian nation headed into the tournament with their only win in the Twenty20 World Cup main draw against the West Indies at the 2007 inaugural edition.

They added another with a nine-run victory against the Netherlands before being brought crashing back to earth by South Africa in a 104-run defeat.

Zimbabwe is next up in Brisbane on Sunday, fresh from their stunning one-run upset over Pakistan.

Sriram, who took the reins ahead of the Asia Cup in August when Russell Domingo was axed after a string of poor results, said they had full respect for Zimbabwe.

“We have a plan, but we respect Zimbabwe, they had an amazing performance against Pakistan, we watched every ball of it,” he said, adding that had already put the South Africa loss behind them.

“We can’t look at the points table, we can’t dwell on what’s happened. It’s about remaining really calm, being very clear with our plans and focused on execution on the day.

“In tournament play, there is no place for emotions, you can have a bad day then bounce back really strong.

“Whether you win massively, lose massively, the next day it’s gone. You wake up, train, travel and play. So nothing changes from our side.”

Former Indian allrounder Sriram said a second win would give them a huge confidence boost ahead of big games against India and Pakistan next week.

“We are building a side and the confidence of the boys, they know where they stand in world cricket and where they want to go,” he said.

“I think we’ve set that base, from a team point of view we want to build this side for the future and we have got a set of boys, we’ve got the skill sets.

“If we can add a few more skill sets I think we can build a very good T20 side for the future.”