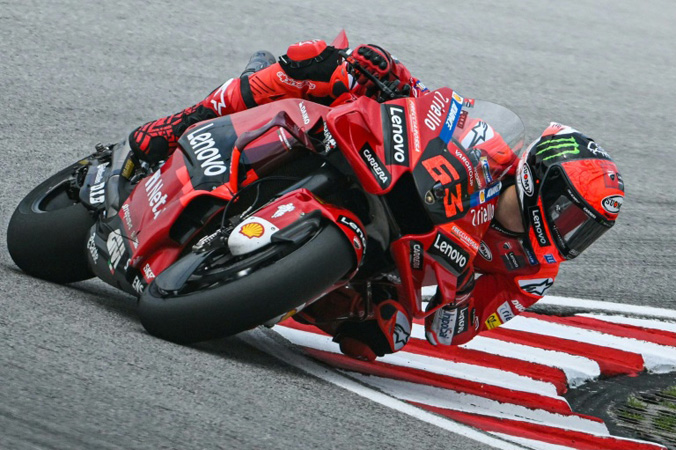 SEPANG: South Africa’s Brad Binder clocked the fastest time in the first two practice sessions for the Malaysian Grand Prix on Friday as rain threatened to play havoc with Francesco Bagnaia’s title charge. MotoGP championship leader Bagnaia was only 11th-fastest across both sessions and the Ducati rider’s rival Fabio Quartararo was seventh on his Yamaha. Binder topped the timesheets for Red Bull KTM with a lap of one minute and 59.479 seconds in dry opening practice at Sepang. Alex Rins, last weekend’s winner in Australia, was 0.097 seconds off Binder on his Suzuki in second. Six-time world champion Marc Marquez was third ahead of Enea Bastianini.

In the afternoon session, after a halt of nearly an hour because of heavy rain, the riders failed to go faster in the tricky conditions. Italy’s Bagnaia finished a close second behind Carl Crutchlow, but the Englishman’s leading two minutes and 05.710 seconds was well down on the morning times. More rain and possible thunderstorms are forecast for the weekend including race day on Sunday. Bagnaia can win his maiden world title in what is the penultimate race of the campaign if he wins and France’s Quartararo finishes outside the podium. Otherwise the title fight goes to Valencia, Spain in a fortnight.