‘Maan Da Ladla’ is all comedy, emotions and family drama

* Shot in the UK and directed by Uday Pratap Singh, the visions of the movie have been brought to life 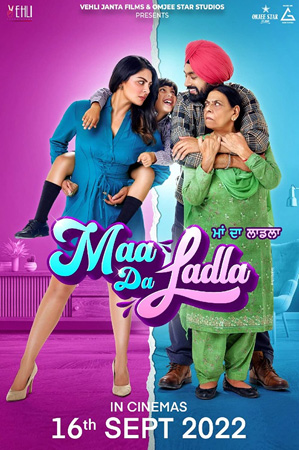 Punjabi cinema is evolving with time and as situations are changing around us, the audience needs laughter pangs with a social message.

After COVID, the urge to visit the cinema and watch movies has started losing its charm. The audience needs motivation to go to the cinema and we need powerful movies to create the urge. Recently, the trailer of Maa da Ladla caught my attention and raised the expectations of the audience. I finally got a chance to watch the movie in the cinema and it has certainly raised the bar for other Punjabi movies to follow.

Shot in the UK and directed by Uday Pratap Singh, the visions of the movie have been brought to life. The trailer had already introduced us to the storyline of the movie. The plot revolves around Gora and Sehaj. Gora is a struggling actor with financial issues as he is unable to find proper work for himself while Sehaj is an independent working mom who is being emotionally blackmailed by her son Kevin who wants a fatherly figure in his life.

Sehaj’s idea of hiring Gora as a rental father for her son by paying him a handsome amount clears Gora’s financial crunch. It seems like a win-win situation for both parties. Later in the plot we could feel that instead of getting a solution for their problems, both protagonists indulge themselves into tricky situations. 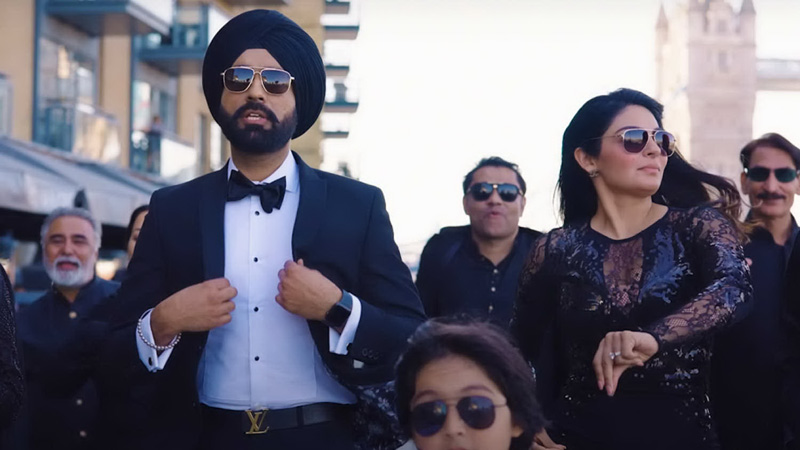 The first half of the screenplay is full of laughter and fun while the second half takes the audience on an emotional journey. For Pakistani cinema goers here are a few major pointers that will increase their interest in the movie. The movie executive producer is Hammad Chaudhary of HKC entertainment who is Pakistani citizen, while we have renowned Pakistani comedians in the movie Naseem Vicky and Iftikhar Thakur. I don’t want to sound biased here when I say both of these actors make the audience rolling with laughter. Speaking exclusively to Hammad Chaudhary, he tells Daily Times that HKC Entertainment and Cinestar are thrilled to come on board for this family comedy MAA DA LADLA and feel co-producing with other countries is the way forward as it used to happen back in the 80’s and 90’s too. Maa Da Ladla movie is a good weekend time ticker to watch with the families. Neeru Bajwa is the Boss Lady of the movie while you will fall in love with Tarsem Jassar. His Bromance with Naseem Vicky is timely witted and treat for the audience. The story seems to be very smooth and soft, however, there are some scenes where comedy took over the emotional scene. Overall the movie can be considered as a ‘Paesa Wasool’ movie. It takes the audience around some funny moments and laughter pangs. Some dialogue of the film leaves a long lasting impact.