Fight for Rights or Struggle for existence

It is an evident fact that women, all over the world, lack social and cultural rights. More often, the struggle for existence is a horrendous course of life for them. If we consider the Muslim world, and Islam alone, it is surely crystal clear about the status and rights of women. However, the governmental structures and patriarchal societal setups can never be overlooked. Every Muslim country in the world has a constitution per the Islamic principles but none of them tries to implement those principles. 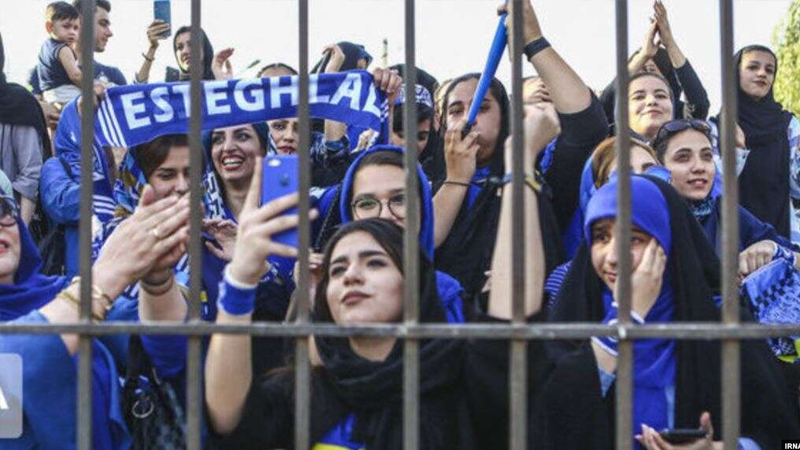 The Blue Girl referred above is a befitting example, as after being arrested, Khodayari was told that she would be sent to prison for six months. Out of dejection and mental stress, she lit herself on fire in front of the courthouse. She was taken to the hospital immediately, but she died on September 10, 2019. Khodayari’s sister told media that Sahar suffered from a psychological condition for which she was being treated. The authorities who had captured her and the judiciary did not pay any heed to their plea. The court, even after all the evidence, was adamant to prosecute her as a healthy individual. Now, here is another debate, which leads us to the circumstances that made her go through all this. Either it was her psychological stress out of suppression or a step towards proving herself a victim. Undeniably, it was due to the disparity prevailing in all parts of the world that stigmatise a girl for doing what she wishes to do within the boundaries set for her. Resultantly, a movement was started by Human Rights activists and (FIFA) that put a stringent pressure on authorities to lift the ban on women going to stadiums, although less effective but it created a buzz in the arenas of social justice.

There is a lot of misconception or lack of information when it comes to prioritising the stand among providing rights and appeasing the struggle for existence of being a woman. Some mistakenly believe that Muslim women are bound to be oppressed by men because their religion or the societal setup decides this for them. Majority of religions, and most specifically Islam, grants all sorts of rights to women, such as property rights, right to divorce (Khula), right to marry of her choice, right to get an education. Islam does not see women as an inferior gender as everyone is equal before the Almighty. Indeed, it is the societal norms that have been manipulated for over centuries to restrain women from attaining their rights. For example, Islam grants women a right to get her share of inheritance but the society has created an image that female member of the family, to stay within their set boundaries, do not demand a share of the inheritance. Similarly, Islam allows a woman to marry a person of her own choice but again, the social norms intervene.

The problem is with the world and authorities, as they have failed to interpret the religion and have come up with their own semi-realistic beliefs; leading to the oppression of women in the world. If we look around, many Muslim countries like Iran, Afghanistan and some African Muslim countries do not give women their fundamental rights, which were originally granted to them by the religion itself. Although, with time, the situation is somewhat improving but still activities, like honour killing, female genital mutilation and forced marriages are taking place. But another thing, which is very apt to be mentioned here, is that these activities of women oppression are not only being conducted by Muslims. It can be seen throughout the world no matter what religion or country.

The Constitution of Pakistan has such a framework of fundamental rights that no gender is deprived of them, may it be men or women. Pakistan’s constitution emphasises on women rights and gender equality by explicitly mentioning the articles in its framework. Following are the details of the articles of the constitution that allow women to practice their rights.

The woman set herself alight in Tehran after her trial was postponed, regarding her attempt to enter a football stadium disguised as a man. Unfortunately, in Muslim countries, women must go through a lot of trouble to prove their existence. The fight for their rights seems infinite

* Article 9: This article deals with the security and liberty of a person’s life. No citizen can be deprived of life or liberty in accordance with the law.

* Article 25(1): This article deals with the equality of citizens before the law and their entitlement to equal protection of the law.

* Article 25(2): According to this article, none of the citizens can be discriminated based on their gender.

* Article 25(3): This article delegates the power to the State to formulate certain laws or special provisions regarding the issues faced by women and children of Pakistan which usually are not being addressed.

* Article 34: This article of the constitution ensures that women shall participate in all the national activities taking place in the country including educational, political, economic, and other such activities.

* 18th Amendment: After this amendment, provincial governments were delegated all the powers related to provinces. This amendment empowers the provinces to legislate laws and special provisions regarding women rights issues in the respective provinces.

What is agonising here is that apart from having an explicit structure in our Constitution, there is a dearth of awareness about the rights, privileges, and aspects of women emancipation in our society. We do not need to go further.

The rate of implementation of women constitutional rights in Pakistan is very less. Pakistan has surely come a long way since its independence, now women have access to many opportunities in the field of education, healthcare, and media but the rate of accessibility is surely not even close to the other gender, even if they comprise of more than half of the population of the country. Talking about the legislation regarding women rights, past decades have witnessed many revolutionary laws and policy catering to women but the problem lies within the infrastructure of the implementation of the above laws and policies, hence it makes it a futile exercise.

Moreover, un-enlightenment about existing laws makes this situation bleak. There is presently an unmistakable law against child marriage. Yet, numerous minor girls are pledged into marriage out of custom or due to belonging to an underprivileged setup. Also women protection laws, restriction of second marriage without first wife’s consent been passed excepting a second marriage without the composed consent of the primary spouse, yet men abuse this law realising that the women will not imperil her endurance, which lies in residing with the husband. Additionally, men have, over the years, realised that the state will not make any constructive changes against societal norms. Appalling violations against women, for example, honour killings, acid attacks and assault have additionally demonstrated unassailable; it is accounted for that in any event 55 acid assaults were made against women in 2015, however, just 17 captures were made in this association. To increase the implementation of laws in Pakistan, first, we need to construct a good framework for implementing the laws and secondly, we should create awareness among women regarding their rights mentioned in the constitution and other legal papers.

History reveals that women have been subjected to discriminatory treatment for ages. It has now become a customary practice to treat women on a low level as compared to men. These norms in society are against the principles of equality set forth by international instruments. Child marriages, sexual violence, underrepresentation, lack of education, non-reporting of rape, precarious working environment and objectification are a few societal challenges which are currently faced by women.

According to a 2013 report by UNESCO, many girls are unable to get primary education. Undoubtedly, illiteracy is a reason for female adult deprivation and child marriages, leading to forced pregnancies at a very early age. Although equality of citizens is the main provision in most of the international instruments, practically our norms and cultural practices place hurdles in the struggles of women.

To conclude this argument, it can be stated that not only in Pakistan or other Islamic countries, but this trend also prevails all over the world. Women are oppressed but the worst part about all this oppression is that women do not know the amount of strength and inner power they have. They have the power to stand with dignity against all the injustice and inequality they face. Struggle and fight for rights seems difficult but it is not impossible to uphold their self-esteem. The situations like Sahar Khodyari must be devastating but they will not discourage women to come forward and fight for their rights. Hence, a woman’s freedom from a patriarchal society in their private and public life is still an unfulfilled dream but to accomplish this practical aspiration they must strive hard with an undying zeal.

The writer is a senior lecturer of law and a High Court Advocate.