Paternity leave: a concept still foreign to our great nation

20 years ago, the concept of paternity leave was idealistic at best. What started as a struggle that culminated in employers being obliged to grant paid leave to women during pregnancy (maternity leave) has now evolved globally into men being allowed the same paid leave, either alongside their spouse or immediately after the birth of their child. Notions of the welfare of the child are the stimulus as it is in the best interest of the child to form early bonds of love and affection with both parents. This coincides with the modern concept of a family where fathers are equally involved in raising children in addition to fulfilling their traditional role as breadwinners. Thereby, wives/ mothers are free to pursue a career of their own if they wish to do so. 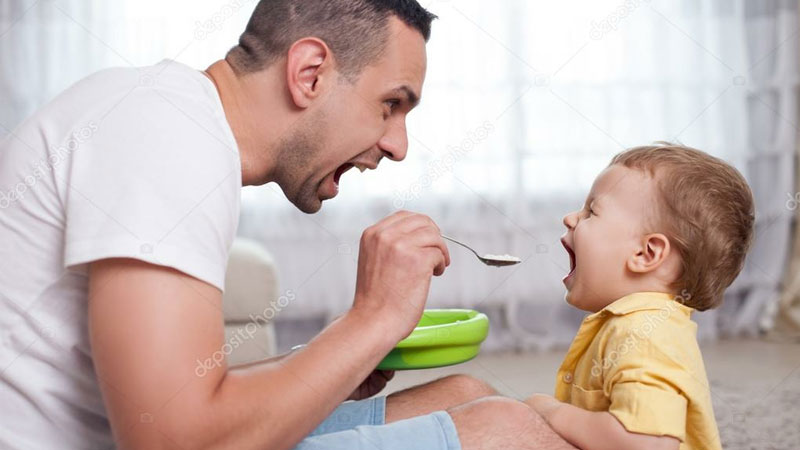 Pakistan is lagging behind the rest of the world in this aspect as concepts of paternity leave are shunned if not laughed about in what is a largely traditionalist country. One cannot help but ponder that in a conservative society, is one less of a man for wanting to be with his pregnant wife (and newborn baby)? The minuscule amount of legislation on this subject matter that does exist is vague and only covers a select few.

The International Labour Organisation, which advances social and economic justices through the setting of international labour standards, lacks behind in the paternity leave issue. The recent legislation C183 – Maternity Protection Convention, 2000 (No. 183) still only advocates for 14 weeks of maternity while in many countries, especially the Scandinavian countries, this has exceeded to over 50 weeks. It is abhorrent that in 2020, there is no concrete law for unfair dismissal and discrimination at the workplace during pregnancy in Pakistan.

Article 37(e) of the Constitution of Pakistan allows for maternity leave for women in employment. Pakistan has drafted new legislation in regards to paternity leave passed by the Senate at the beginning of this year known as the Maternity and Paternity Leave Act 2019. Tragically, this law is only applicable to federal government divisions, attached departments and autonomous corporations which are under the administrative control of the Government of Pakistan. This legislation grants full paid leave to a female employee for 180 days on first birth, 120 days on second birth and 90 days on third birth. However, it restricts paid maternity leave to women for a maximum of three times during service. Could this be a step in furthering a hidden population control agenda? One may never know for sure, the biggest achievement in this statute is that a male employee whose wife is expecting to give birth shall be granted paid paternity leave for 30 days–a huge step up from zero. This is also restricted to three-time during service. The employer who deliberately ignores it will deem to commit an offence which shall be punishable either with imprisonment or a fine. The issue with this statute is that it is only applicable to establishments, which are under the control of the federal government, leaving the private sector alone. It is dealt via a different statue on a provincial level.

In Punjab, the private sector is governed by The Punjab Maternity Ordinances 1958, which is quite out-dated. According to this statue, the women shall be granted paid maternity leave for 12 weeks. It strictly prohibits employers from giving dismissal notices to pregnant women during their absence. Anyone who contravenes with the provisions of this Ordinance shall be liable to a fine. This statute is imprecise and fails to touch upon anything in regards to paternity leave.

One cannot help but ponder that in a conservative society, is one less of a man for wanting to be with his pregnant wife (and newborn baby)?

To bring Pakistan on the same footing as our allies and the vast majority of nations across the globe, we need legislation that shall encompass both the private and public sectors. The private sector is addressed via provincial legislation, which has a lot of loopholes, thus, leaving the public sector ungovernable in regards to paternity leave. Sociological research shows employers are reluctant to hire females as, during the maternity leave, they must pay the female staff, which increases cost. This severely diminishes the equality of opportunities for women in an already competitive job market. One of the major issues in Pakistan is that paternity leave is restricted to a certain class or overall to organised business establishments. There is no legal provision of paternity leave for staff performing jobs, which require fewer skills/ education. Further, they are threatened to be fired if they want to take paternity leave. Thus, a huge proportion of the population is left without what should be a basic human right.

To encourage women back into work life, employers should offer flexible hours for the new parents; making their life much less stressful. Paternity leave would aid in this as the father could spend some time with the child as the mother settles back into her career. Additionally, employers should optimise remote working conditions as in the current COVID-19 pandemic, many companies have introduced the policy of work-from-home. This should be available to the new parents. In this way, productivity can also be raised and parents are also more relaxed. Childcare facilities with proper international standards should be established in Pakistan so that women do not fret about their children whilst at the workplace. Pakistan should create a system, along the lines of the Earned Income Leave Benefit (EILB) in the US, that provides access to up to 12 weeks of paid family leave, especially for workers in low-income households. This way, its large portion of low-income families can be supported during this crucial time.

The ability to take one’s full parental leave without suffering the diminishing of one’s promotion, pay or leadership prospects is crucial for greater gender equality in the workplace and for helping all working parents, and in particular, mothers, achieve a greater work-life balance. Pakistan should seek to create uniform legislation in regards to paternity and maternity leave, which shall include both private and public sectors. This should apply to all of the population. In recent years, the tides of change in Pakistan have seen many young females entering different professions. The government needs to ensure that they have an equal opportunity at pursuing a career after having children by passing legislation, which provides mandatory access to paid maternity and paternity leave.

The writer did his LLB (Hons) from City, University of London and is a practising lawyer based in Lahore