In recent years, India has carried out an offensive military modernisation program aimed to enhance its offensive military capabilities. Along with enhancing various conventional and unconventional capabilities, this has been complemented by India’s notion of an offensive and multilayered missile defence shield. India intends to materialise this with a provision of both indigenous missile systems along with the acquisition of some of the most advanced and expensive missile systems from Russia, the US, and Israel. The development of advanced air defence systems, as well as the acquisition of sophisticated missile defence from its strategic partners, would likely provide India with an edge over Pakistan’s deterrent capabilities. India’s provocative and sophisticated missile defence shield would pose a serious challenge to South Asian strategic stability in general and deterrence stability in particular. 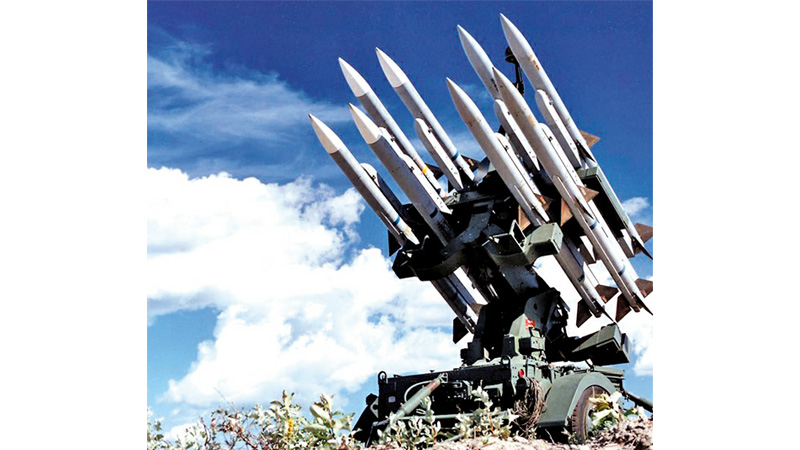 Currently, India’s missile defence shield is comprised of diverse missile systems aimed at providing a multilayer aerial protection. These include indigenously developed systems like the PAD (Prithvi Air Defence), AAD (Advanced Air Defence Ashwin), and the Barak-8 with the help of Israel. Apart from these, intending to overcome future challenges, in October 2018, India and Russia signed a landmark agreement regarding one of the world’s most advanced missile system, the S-400. The first batch of this system was scheduled to be delivered by the end of 2021 and all five units will be delivered by 2025. The S-400 would likely provide India with a long-ranged missile defence shield most probably against Pakistan. Moreover, against the backdrop of India-China recent escalation in the disputed region of Ladakh, with reported 20 Indian casualties, India wants a little bit earlier delivery of the S-400 missile system, which is being delayed due to COVID-19 pandemic. Evidence comes from India’s Defence Minister, Mr Rajnath Singh’s recent three-day official visit to Russia in June 2020. Along with an urgent supply of military hardware comprising of advanced jets and tanks, he urged Russia to speed up the delivery of the S-400 missile system. This indicates the significance of S-400 for India aimed at enhancing its missile defence shield.

In another significant strategic collaboration with the US, India is reportedly in a process of purchasing the NASAMS-II (National Advanced Surface to Air Missile System-II) developed by the US. This is a medium-range missile system, most likely aimed at protecting important cities. With the provision of these advanced missile defence systems, India would be in a much better position to neutralise Pakistan’s existing warhead delivery capabilities including the ballistic and cruise missiles, jet planes, and drones with considerable accuracy. This would likely disrupt South Asia’s existing deterrence equation, which is primarily balanced by Pakistan’s credible deterrence capabilities.

In another significant strategic collaboration with the US, India is reportedly in a process of purchasing the NASAMS-II (National Advanced Surface to Air Missile System-II) developed by the US. This is a medium-range missile system, most likely aimed at protecting important cities

It is quite noteworthy that both S-400 and NASAMS-II are globally recognised as sophisticated and advanced systems when analysed in terms of their capabilities within their respective categories. Once acquired, these systems would likely serve as the key components of India’s offensive air defence posture. The S-400 missile system possesses some incredible capabilities, which no other advanced system available in the world currently has. For instance, the S-400 is comprised of 8 launchers that can fire up to 112 missiles of various types and ranges. Also, it has a reported tracking capability of nearly 600 kilometres. This enables the system to engage 80 targets simultaneously up to a reported range of 400 kilometres. Likewise, the diversity of engaging targets involves cruise and ballistic missiles, fighter jets and support aircrafts, and the UAVs. In the same vein, the NASAMS-II is capable of hitting various medium-range targets with the provision of surface-to-air missiles, air-to-air missiles, and gun systems. The missile system also comprises of 3D surveillance radars, command and control units, and fire distribution centres, which makes it a sophisticated missile system. These significant developments would likely provoke Pakistan to further consider the prospects and come up with a more plausible way out to address this threat.

To address such a threat, the probability of two options seems plausible for Pakistan. First, as a long term strategy, Pakistan needs to acquire the same missile defence shield from countries like Russia and China. Though, given the economic constraints of Pakistan, the prospects of this option seem very difficult. However, keeping in view the likelihood of India’s missile defence shield to get operational in years to come, this plausible option needs not to be ignored in the longer term. The second option is based on a short term strategy within the ambit of a credible deterrence approach. Under this notion, Pakistan could enhance its MIRV capable ballistic missile delivery mechanism as an immediate resort to respond. In this regard, Pakistan’s MIRV capable medium-range ballistic missile Ababeel is worth considering. This is believed to be aspired to give a befitting response to India’s enhanced air defence by penetrating it quite efficiently. Furthermore, it is also speculated that an advanced version of Ghaznavi ballistic missile, which Pakistan has tested earlier this year is also MIRV capable. Such existing capabilities would likely serve the purpose of neutralising the prospective impact of India’s enhanced missile defence shield at least for the time being.

Hence, it seems quite apparent that India wants to be perceived as a technologically advanced military power, capable of preserving a deterrence posture in South Asia, which is also based on the provision of its advanced missile defence shield. In this regard, India is enhancing its air defence capabilities with the provision of a multi-dimensional missile system. This is primarily aimed at assuring a sophisticated missile defence shield to counter Pakistan’s capabilities based on a credible deterrence approach. India’s enhanced missile defence capabilities would likely disturb the current state of deterrence stability in South Asia even further. Pakistan does not necessarily need to be at par with India. However, it should at least maintain a balance of power to preserve peace and stability in South Asia.

The writer currently works as a Research Associate at the Strategic Vision Institute in Islamabad, Pakistan