Terrorism has been taking its toll on Pakistan. Terrorism is refusing to die. On the morning of June 29, four militants attempted to enter the main building of the Pakistan Stock Exchange in Karachi loaded with guns and grenades. 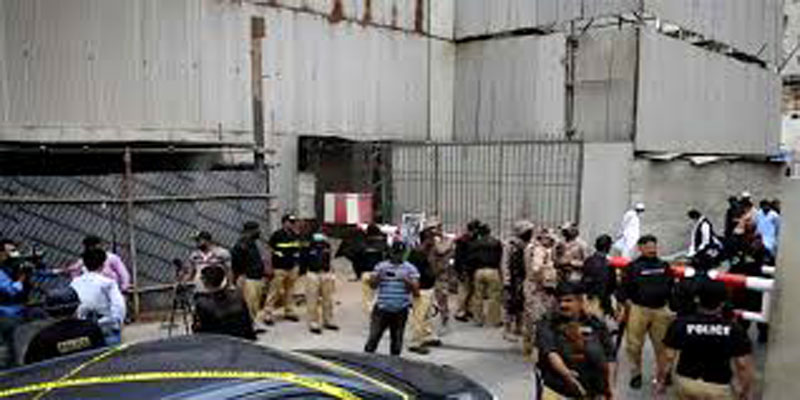 Presumably, the attackers were prepared for a long assault to kill and take people hostage and stage a spectacle to seize international attention. Nevertheless, the security guards and the police deployed offered the first line of resistance followed by the personnel of the Rapid Response Force of Sindh Police, which did not let the militants make a smooth sailing. The defence deployed at the building foiled the plan of the attackers.

The Balochistan Liberation Army (BLA) claimed responsibility for the attack. Reportedly, the BLA operates from Afghanistan and the organisation had also claimed an attack on the Chinese Consulate in Karachi on November 23, 2018. On Pakistan’s assertion, the US designated the BLA as a Specially Designated Global Terrorist Organisation on July 2, 2019. The thread common between the BLA’s attacks on the Chinese Consulate and the Pakistan Stock Exchange is that in 2016, a Chinese consortium (comprising China Financial Futures Exchange, Shanghai Stock Exchange and Shenzhen Stock Exchange) had bought 40 per cent of strategic shares worth USD 85 million in the Pakistan Stock Exchange. Nevertheless, both are high-profile venues selected for gaining maximum publicity for any nefarious cause.

Years ago, Pakistan developed a narrative against the war on terror to defeat not only terrorism but also to tame the minds of the religiously driven youth. A similar formula needs application in Balochistan

On the touchstone of the motivation of Baloch dissidents, there are two schools of thought. The first school considers that the motivation to kill and die has arisen from years of despondency and deprivation, which had been the hallmark of Balochistan. The Baloch Sardars (the tribal heads) accentuated and exacerbated the Baloch sense of deprivation to exploit the Centre for seeking more concessions. Before the Eighteenth Constitutional Amendment of 2010, the overwrought centre-province relations fueled insurgencies and turmoil in Balochistan. The amendment offered some respite to the ethnic Balochs who were wary of the centre’s policies towards their ethnic nationalism.

In 2015, with the signing of the CPEC agreement between Pakistan and China to construct a road from the Xinjiang province of China to the Gwadar port of Pakistan, the Baloch nationalists again felt excluded and aggrieved. On the other hand, the hiatus of five years from 2010 to 2015 failed to pacify their suspicions. Misgivings still rankle in the minds of certain nationalist Baloch groups. Of them, one group launched the attack on the Pakistan Stock Exchange.

The second school considers that the intelligence agency of India, Research and Analysis Wing (RAW), is a causative factor. The RAW motivates certain nationalist Baloch groups to defy Pakistan. To support this point, two arguments are bandied about. First, without foreign help, local militant groups, such as the BLA, cannot dare challenge the state.

The aid of a foreign intelligence agency is a pre-requisite for launching such an attack. Second, the RAW has been trying to engage Pakistan in the western province of Balochistan to force Pakistan to forsake the issue of Kashmir at the mercy of India.

In this regard, the Doval doctrine is cited. Ajit Kumar Doval, who retired from India’s Intelligence Bureau in January 2005, was an eponym after whom the doctrine was named. The doctrine was announced in 2010 and it was meant primarily for Kashmir. In 2014, India’s Prime Minister Narendra Modi hired the services of Doval and appointed him the National Security Advisor. The Doval doctrine propounded that Balochistan was the Achilles’ heel of Pakistan to attack through proxies. If the backyard of Pakistan remained instable, Pakistan would find less time and resources to divert its attention to the happenings in Kashmir. In this context, the BLA acts as a proxy, the head office of which is stationed in Afghanistan, the place offering ample opportunities for both the RAW and the BLA to join hands with each other and launch a united front against Pakistan. High-value targets are selected to gain immediate attention fraught with bringing disrepute and disgrace to Pakistan.

Reportedly, about six months ago, intelligence reports had put the administration of the stock exchange on high alert, thereby meaning that local intelligence agencies are working to read the next move of any terrorist group including the BLA. There lies a solution. Enhance vigilance through the intelligence network to thwart any next attack. Another solution is that Pakistan may think of opening the line of negotiation with the Baloch nationalists, the majority of whom is young Baloch. It is unfortunate to see the Baloch youth misguided to act against the State to be heard. The Baloch youth must be convinced that not death squads but negotiations offer solutions. The genuine concerns of the Baloch youth must be addressed.

Years ago, Pakistan developed a narrative against the war on terror to defeat not only terrorism but also to tame the minds of the religiously driven youth. Rehabilitation centres were constructed and development work was launched in tribal areas bordering Afghanistan. A similar formula needs application in Balochistan, which needs a narrative helping the imprudent disgruntled Baloch youth shed the suspicion of insecurity and exploitation and prompting them to be participative and inclusive citizens. The initiative rests with the state, which may not be ready to negotiate with terrorists, but which may also not be ready to leave its citizens, especially the Baloch youth, in the clutches of exploitation of any sort.

Dr Tehmina Aslam Ranjha is an Assistant Professor at School of Integrated Social Sciences at the University of Lahore and Research Fellow at UoL Centre for Security, Strategy and Policy Research. Currently, she is SDPI’s grantee for a mega project on Countering Violent Extremism. She appears on BBC Urdu as an expert on National Security and Counter-Terrorism. Asad Aslam Ranjha is a lecturer at Faculty of Law, University of Lahore. He tweets at @AA_Ranjha1