The recent attacks on minorities in Afghanistan have highlighted the volatile security situation in the country. These incidents send a number of messages to the key stakeholders in Kabul, Islamabad and Washington. First, it indicates how easily one can target a minority group in Afghanistan to create regional and international ripples thus making the impression that Afghan peace is not realizable in near future. With different ethnic minority groups, Afghanistan is ranked among the most culturally diverse countries in the world. Second, the Islamic State in Khorasan Province (ISKP) has been launching minority based attacks to make a point that it is also an important player in the country having a considerable number of operational cells and availability of physical and non-physical space for its actions as well. Third, as the minority groups are targeted in Afghanistan, the regional countries, supportive of these minority factions, have started raising their voices over the killings and expressing disquietude on the state of human rights in the country. Lastly, these attacks are an effort to expose factions within the Taliban dispensation or attracting selective foot soldiers from the region to join ISKP since it provides them with ample opportunity of local leadership, territorial control and financial autonomy. Moreover, the continuous friction between the Taliban and the Afghan government has further emboldened the ISKP to expand their attacks and strike consistently the center of gravity of the Afghan peace process through targeting the minority groups in the country. Nonetheless, these attacks also indicate that ISKP is trying hard to gain ground through acts of isolated desperation. 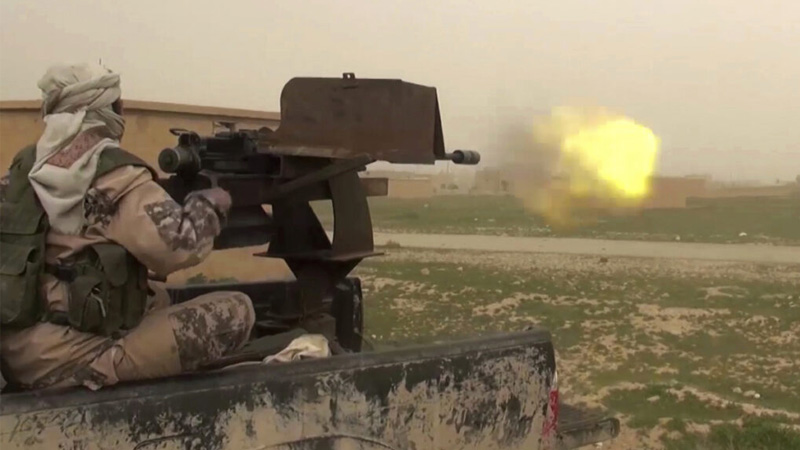 For example, in March two high intensity incidents took place in Kabul. Nearly 30 people, majority of them Hazaras, were killed and more than 40 were wounded in a ceremony which was also attended by Abdullah Abdullah. A number of gun toting men barged into the protected area and started shooting indiscriminately. The second incident occurred on March 25, 2020 when a Sikh place of worship was attacked through multiple means. Nearly, 25 people lost their lives in the terror incident. The perpetrators struck the religious place amid the political turmoil which has been gripping the capital for last many weeks. This also suggests that ISKP is cashing on the chaotic situation in the country on social, sectarian, political or economic front.

One of the attackers on Sikh seminary, Mohammad Mohsin aka Abu Khalid al-Hindi, belongs to the southern state of Kerala in India. Reportedly, the ISKP has cited the act as revenge for atrocities against Kashmiri Muslims in India-occupied Kashmir (IoK). In fact, the multiple suicide attacks in Sri Lanka last year which claimed more than 250 lives were believed to be conducted by a group linked to or inspired by the IS. Moreover, the terror operators in the network had links in Tamil Naidu, another south Indian state. It seems that the Indian youth are either being radicalized online or recruited on a foreign land which also facilitates their handlers for their transportation to Afghanistan. Apart from having a considerable population of south Indians working in Middle East, there exist a number of cases of religious conversions in which people embrace Islam as a result of a brutal cast system in the area.

The ISKP has gone through different phases since its emergence in 2015 as IS Central jostled for space with the AQ Central to lead the jihadi narrative in the region. It has conducted a number of attacks in Af-Pak region targeting civilians and military forces alike. In one of such attacks inside Pakistan the death toll was as high as 149. The group has made inroads in three terror outfits previously aligned with Al Qaeda (AQ) namely Tehreek-e-Khilafat Pakistan, Jundullah and TTP (Shahidullah faction). Moreover it has attracted foot soldiers from regional groups such as Islamic Movement of Uzbekistan, Uighur and Chechen jihadists in Afghanistan.

The ISKP has gained a lot from the ground situation in former Federally Administered Tribal Area on account of recruitment and social conditions. Incidentally, the first four emirs of ISKP were from the same area. They were eliminated one by one in four different drone strikes over a period of three years from 2016-18. As a result, Ha?z Saeed Khan Orakzai in July 2016, Abdul Haseeb Logari in April 2017, Abdul Sayed Bajuari in July 2017 and Abu Saad Erhabi (deputy Emir) in Aug 2018 were killed in eastern provinces of Afghanistan. The ISKP was operationally stabilized in 2017 but then internal dissention took root due to presence of variegated jihadi elements in the group, leading to its fragmentation. One of the factions is active in eastern provinces (Nangarhar, Paktia, Paktika and Kunar) and the other one is based in Balkh and Badakhshan provinces. Recently, Abdullah Orokzai aka Aslam Farooqi has been arrested by Afghan intelligence who is closely affiliated with ISKP. He was made head of ISKP in 2017 and was involved in a number of violent extremist incidents. The local intelligence says that he is the mastermind of the attack on Sikh seminary in Kabul. The important question pertains to whether Aslam Farooqi was operating independently or was he being guided from some other place or a person or a group for strategic objectives? Moreover, manner of his arrest also raises a number of queries which can only be settled through a mutual consultative process in which intelligence agencies of both countries must participate.

These attacks show that there is no reduction in violence in Afghanistan which was expected after the peace agreement between the Taliban and the United States of America. Since there exists, a lack of equilibrium between the Afghan government and the Taliban, therefore, the anti-Taliban forces are taking full advantage of the situation. The recent killings in Kabul Maternity Hospital highlight the same factor. The Taliban needs to understand the importance of enduring security for a sustainable peace process in the country. The spoilers of Afghan peace seem to be working hard to frustrate the Taliban forces so that factionalism among them becomes pronounced, distinct and conspicuous.

The writer is senior police manager/supervisor, Police Service of Pakistan. He has done MPA from the Columbia University, NY, USA. He is School of International & Public Affairs alumni