Is our tax system fair enough?

The middle and the poor income groups contribute 80% to revenue collection via taxes in Pakistan than the elite class, contributes only 5%. In Pakistan, the poorest 10% of the population contributes 17% of their total income through indirect taxes and the rich, 10% of the population contributes only 5% of their total income. This creates huge inequality and increases the rich-poor gap even more in the economy. Pakistan’s 60.3% of gross domestic product (GDP) depends on indirect taxes and 39.7% of the GDP depends on direct taxes. Less than 1% of the people in a country of 220 million pay direct taxes, the burden of taxation always fall on poor through raft of indirect taxes.

Moreover, the tax base is so low that only 0.22% people in Pakistan pays income tax and 60% of the economy is still out of tax net. The tax system therefore relies on exploiting the existing taxpayers to fill the revenue target

According to the FBR, revenue collected via indirect tax is 83.9% and 16.1% through direct tax. Pakistan has the lowest ratio of revenue collection in the region compared to other South Asian countries like Bangladesh, which collects 47% of government revenues from direct taxes. Similarly, India collects one third of its revenues through direct taxes. This kind of taxation is regressive and its burden falls more on poor. Subsidizing the rich and taxing the poor is an unethical tax policy. The statutory regulatory order gives exemptions and concessions to rich, which is distorting the entire tax base and is aligned with shifting the burden of tax on poor.

Moreover, the tax base is so low that only 0.22% people in Pakistan pays income tax and 60% of the economy is still out of tax net. The tax system therefore relies on exploiting the existing taxpayers to fill the revenue target. Reforming the tax system is the most difficult task for the government as it is difficult to target wealthy people, rich landlords and individuals who have trial of large business transactions as they do not file tax returns and find a way for tax exemptions and concessions. 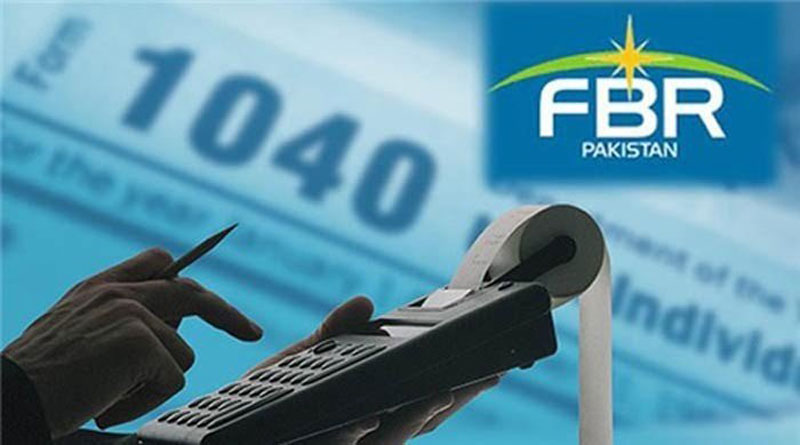 Firstly, the tax structure of Pakistan is skewed toward indirect taxes as 83.9% of the revenue is collected through indirect taxes and only 16% is collected through direct taxes. The direct tax base is low because the richest segments remain undocumented and hence untaxed. The narrow tax base cannot bring the potential tax payers under the tax net. The FBR tax collection machinery should widen the tax net to reduce the burden on existing tax payers, improve the taxpayers’ registry, and identify the people who are not paying taxes and those who are not even registered including companies hiding in informal sector.

Secondly, the agriculture sector should be directly taxed as it absorbs more than half of the labor force and has a large share in output. The rich landlords and wealthy rulers enjoy the innumerable tax exemptions and concessions in this sector. Tax exemptions and concessions for wealth and capital gain taxation and personal income rates should not be reduced for higher earners, like large businesses, agriculturists, armed force personnel and long term capital gain on immovable properties.

Thirdly, the government should stop relying on sales tax, tariffs and petroleum levy to meet its revenue target, which has been the main source of revenue collection. These taxes are very difficult to evade, as they can easily be collected with minimum use of tax machinery that is already known to be corrupt and by accounting for tax theft.

Lastly, the value added tax and general sales tax frequently apply to goods and manufacturing sector. There is substantial scope for extending VAT to services, which are provided by large corporate entities, specifically in banking and insurance sectors and information technologies. Consumption taxes on essential foods, like grain, should be made less regressive or tax free for the lower income group and people living below poverty line.