World Must be Flattened for a Healthier Multilateralism

The homogenizing sequel of globalisation has been aptly described by Thomas Friedman as the ‘flattening of the world’ due to the presence of porous borders across the globe. In light of the fall of the Berlin Wall in 1991 “the walls came down and the windows went up” and this laid the foundation of the process of globalisation that was marred by the free flow of information across the globe. However, in wake of the atrocious spread of the coronavirus pandemic, nationalism has augmented to unprecedented levels with the closure of sovereign borders and capitulation to travel bans which has reversed the process of globalisation. World leaders must realize that such unparalleled segregation threatens the human fight against the precarious situation at hand as it hampers the growth of a collective and uniform mechanism to decipher the mysterious state of affairs. The upshot of the above discussion is that the world is in need of a healthier multilateralism through an all-inclusive approach and pro-activeness on part of global institutions, such as the World Health Organization and the United Nations.

The 28th president of the USA, Woodrow Wilson held an optimistic view regarding battling international catastrophes through collectivism and pluralism on part of the nation states. However, with each state fighting its own independent war against the deadly coronavirus, the Wilsonian optimism seems to be on the retreat. The egoistic and selfish nature of international politics in light of the COVID-19 outbreak is a reminder of the realist posture of international affairs. Reports regarding countries fighting over the usage rights of a possible vaccine are indicative of a dented multilateral approach on part of the world leaders. 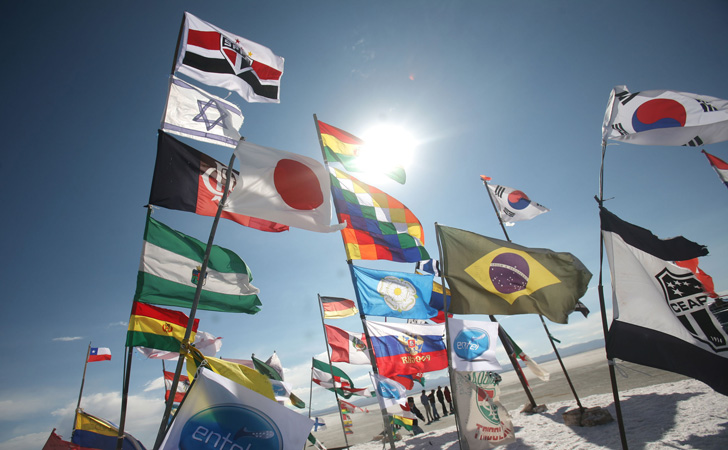 The world is going through a serious leadership crisis with each state looking to further its national interest and paying no heed to morality. USA’s refusal to lift sanctions on Iran, at a time when the COVID-19 virus has infiltrated all major cities of the country, is a reminder of the ultra-nationalistic agenda of Donald Trump. Moreover, the stigmatization of the Chinese population by Donald Trump by attributing the outbreak to China and terming it as the “Chinese Virus” will only make matters worse. All in all the Chinese scare has led the US to relieve itself of its international obligations and duties as a global hegemon since the groundwork for a shift towards a multi-polar world order has already been laid down.

The lack of multilateralism exhibited by the global community in the wake of the lethal coronavirus outbreak has increased the role of regional organisations, which look to tackle the problem independently. Recently, a meeting of SAARC was chaired by the Indian premiere in a bid to intercept the growing problem regionally. Similarly, the European Union is poised to fight the pandemic in their own prescribed manners and many critics of the union suggest that the coronavirus outbreak may sound the death knell of the union. These regional efforts may be commendable, however, they point towards the stark reality of a dearth of global cooperation on mutual problems and the increased role of regional organisations in world politics.

Many people blame the coronavirus pandemic as a consequence of globalization and many analysts find the solution hidden somewhere in de-globalization through reinforcement of barricades and blockades. However, in the quest to decode a pragmatic solution to this menace, it is imperative that solutions are referred to pandemics of the past.

Pandemics killed millions of people long before the current age of globalization. Despite horrendous outbreaks such as the Spanish flu, Black Death, small pox or the more recent (post-globalisation) diseases such as Ebola and AIDS, that claimed millions of lives, humans eventually emerged as victorious. This is because the best defense humans have against pathogens is not global isolation-it is information. In the past, humans have had an upper hand on pathogens as pathogens rely upon blind mutations while doctors rely upon scientific analysis of information. In wake of the coronavirus outbreak, such free flow of information seems to have received a blowback, as populist and xenophobic values seem to have overshadowed rational thinking of human beings.

Drawing lessons from the past, it should be illuminated that the smallpox virus was defeated by humanity, not because of the closure of global borders but, because each and every affected was vaccinated through a cumulative global effort. In view of the above discussion it is the moral duty of nation states to come to the aid of those unfortunate states that have been severely hit by the virus by ensuring the swift transfer of preventive equipment via porous borders and a unified mechanism of global cooperation over the distribution of the upcoming corona vaccine.

Past experiences of human beings indicate that real protection against coronavirus can be ensured through reliable scientific information and global solidarity. Realization must be marginalized towards the fact that a person infected in Wuhan, Milan or Tehran endangers lives in the USA or Israel as well. Lessons must be learnt from the way China dealt with the coronavirus pandemic through swift transmission of scientific information to countries in dire need of strategies to tackle the unprecedented situation at hand.

In this moment of crises, the actual struggle lies within humanity itself. Global cooperation and a healthier multilateralism is the key to handling this anomalous situation. Former general secretary of the United Nations Kofi Annan rightly observed “When we act together we are less vulnerable against an individual calamity”.