Gujrat: how it made progress in EPI 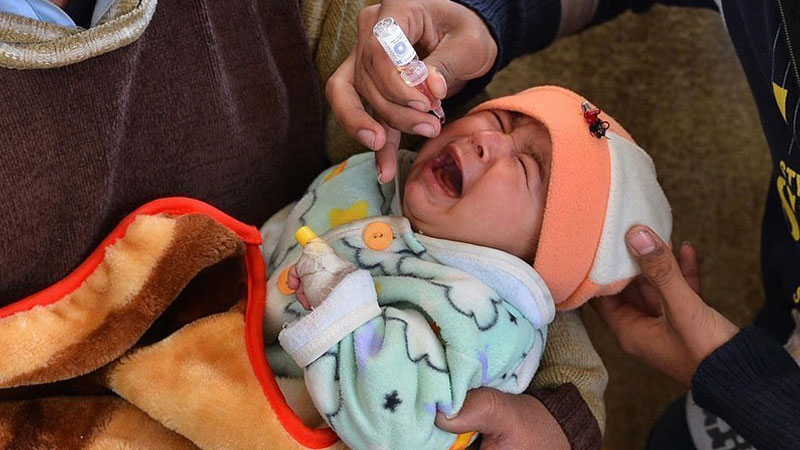 Punjab leads Pakistan’s immunization coverage by quite a distance, reaching an overall average of 80 percent, as per the PHS Survey 2017-18. Punjab has made notable improvements over the last five years. The introduction of android-based e-vaccs, a digitalised monitoring system for vaccinators performance through the support of the Punjab Information Technology Board (PITB), monthly review of districtExtended Program on Immunization(EPI) performance, a robust monitoring system for analysis of weak districts, EPI-PEI synergy, and various other factors have contributed to making EPI Punjab one of the best vertical programs by the province.

The immunization coverage disparities go parallel with the overall human development index indicators across a range of complex changes affecting health indicators in Punjab. Gujrat is among the northern, more industrialised districts, which boast of better infrastructure, literacy and better immunization coverage. The challenges in the south remain, and for obvious reasons, require out-of-box solutions.

With Sialkot and Jhelum, Gujrat remains the top district on all other health indicators as well. Gujrat has produced some of Punjab’s most successful health administrators at the provincial level. It helps if decision makers happen to be local, but it also increases the monitoring spotlight. Gujrat is also among Punjab’s top districts in terms of literacy rate; it is an established fact that literacy and maternal and child health indicators are connected.

The district has largely been able to achieve its successes by doing the basics right. The provincial synergy team in the Directorate General Health Services Punjab also acknowledged the District Health Authority Gujrat for smartly utilising its polio resources for routine immunization. The document reviews some of the best practices in the district that make it among the best ones.

Gujrat is an ancient district located between two famous rivers, Jhelum and Chenab. It is bounded on the northeast by Mirpur, on the northwest by the River Jhelum that separates it from the Jhelum district, on the east and southeast by the Chenab River, separating it from the districts of Gujranwala and Sialkot, and on the west by MandiBahauddin. District Gujrat is spread over an area of 3,192 square kilometres.

The district relies on its strong accountability, monitoring and performance driven model. The district ensures that it does its basics right, with supportive supervision from the top.Here are some of the best practices adopted by the district:

Accountability and monitoring:The District Health Authority Gujrat has introduced coordinated mechanism to ensure accountability in the system. It has appointed Tehsil Monitoring Supervisors for surveillance and monitoring of staff. The Tehsil Monitoring Officers are not appointed in the rest of the province, but Gujrat hold fortnightly meetings and the district focal person seeks reports from them.”Part of their TORs is to check the EPI log, stock register, permanent register, vaccinator attendance and hold meetings with the LHWs. This ensures improved service delivery at grassroots level,” says the Chief Executive Officer DrZahidTanvir.

Gujrat has gone a step further. LHWs have integrated the MNCH and EPI program services very well. They start by registration of pregnant mothers, keeping track of safe deliveries and then documenting the immunization status of children as well as registration of children with the district staff.

Punjab leads Pakistan’s immunization coverage by quite a distance, reaching an overall average of 80 percent, as per the PHS Survey 2017-18

The DHA Gujrat lays special emphasis on EPI coverage. The MNCH program maintains a close collaboration with the EPI staff. When asked about the 100-BCG coverage, the CEO said that the EPI staff shares the expected delivery date, and it has been made mandatory for the vaccinators to cover all new births. The registration of children is linked with retention of immunization cards, and the EPI staff supports the District government in birth registration.

The district total workforce of LHWs is 1,420, and they are effectively used to ensure vaccination of children. The performance of LHWs in Sialkot is apparent in their 97 percent antenatal care coverage and 94 percent skilled birth attendant coverage.

No compromise on monitoring:The District Health Authority Gujrat uses IT interventions to ensure monitoring. Gujrat is among the top five districts in the effective use of PITB dashboard and e-vaccs attendance. Even when the e-vaccs dashboard was not working, the District Health Authority continued to support the staff through provision of internet services through its own resources to ensure uninterrupted working. Punjab has introduced android-based vaccinator performance in all 36 districts since 2015.

“We have made separate WhatsApp groups for vaccinators, LHWs, LHVs and area in-charges. For distant localities and for compliance on micro-plans, WhatsApp has been very effective. Sometimes, it is used for ensuring the presence of teams working in fields,” says EPI Focal Person Dr Atif.

Not just polio:Punjab boasts of Synergy at provincial headquarters. The districts producing better synergy have produced better results in immunization coverage. Gujrat uses school health nutrition supervisors not just for polio SIAs but also for monitoring of routine immunization. UCMOs have to report the EPI coverage report in their respective UCs on a monthly basis. The district makes an analysis of five weak UCs every month, and SHNS are directed to improve their respective UCs.

Sanitary inspectors and other health staff are also used in all EPI activities. Even though the sanctioned strength for vaccinators in Gujrat is 123, the district is working with 98-member staff. The remaining work is done by paramedics as the district is not willing to compromise on its EPI performance.

Registration of HRMP:The district continuously registers its high-risk mobile population, especially those making frequent travels to polio endemic areas. “This year, we have registered more than 17,000 people from the high risk mobile population. We ensured IPV was used for immunization of children not having cards in these groups. Generally, we try to administer IPV to all children from the HRMP groups.

Complete focus on EPI:District Gujrat has produced some of Punjab’s best EPI managers, hence there is pride among the health managers that EPI is their strong area and they must lead from the front. The health managers, civic administration and city’s entrepreneurs, all seem to BE committed towards keeping Gujrat among top districts in EPI.

The ownership of the district management, along with a strict accountability system has worked well for Gujrat. Utilizing MNCH resources for routine immunization has been an effective strategy for Gujrat. The tehsil monitoring officers and their regular meetings have produced great results in Gujrat. Their visits of centers ensure that all workers are performing to their best. Tehsil monitoring is exclusively in Gujrat.

The data sharing of the expected date of delivery with EPI staff makes it easier for vaccinators to cover zero-dose children. This can be very helpful in other districts.

Even when the provincial system is not helpful, the DHA ensures Wifi hot spots for vaccinators so that they can report their coverage, and that gives an enormous sense of ownership for performance.

The writer is Additional Director, Expanded Program on Immunization, Government of Punjab