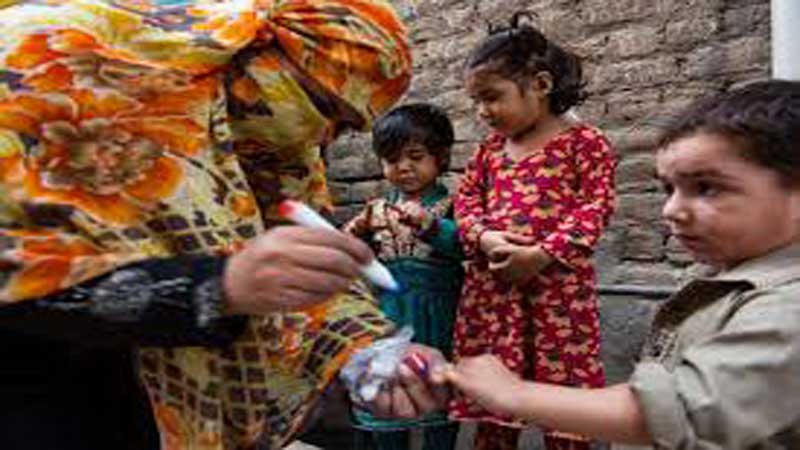 Poliomyelitis (polio) is a highly infectious viral disease, which mainly affects young children. The virus is transmitted by person-to-person spread, mainly through the faecal-oral route or less frequently, by a typical source (e.g. contaminated water or food), and multiplies in the intestine, from where it can invade the nervous system and can cause paralysis.

The symptoms of polio include fever, fatigue, headache, vomiting, stiffness in the neck, and pain in the limbs. In a small proportion of cases, the disease causes paralysis, which is often permanent. Immunisation is the only cure of polio.

Michael Underwood, an English physician and surgeon, gave the first clinical description in 1789 in which he referred to polio as “debility of the lower extremities”. Polio was known as Heine-Medin disease due to the contributions of physicians,Jakob Heine and Karl Oskar Medin, in 1840.

Pakistan and Afghanistan are the only two countries where this viral disease still exists, threatening the health and wellbeing of children.

In Pakistan, throughout the year, the immunisation programme implements vaccination campaigns to reach all children. These campaigns are implemented by 260,000 frontline health workers for door-to-door administration of polio vaccine. The programme also undertakes highly sensitive surveillance, detection and response activities to track and limit virus transmission across the country, alongside communication and social mobilisation activities, which encourage health-seeking behaviours amongst communities nationwide.

Due to efforts of the national polio eradication programme, cases declined from 306 in 2014 to 54 in 2015, 20 in 2016 to 8 in 2017, and 12 in 2018. Nonetheless, 2019 has witnessed a rise of cases: 104:75 cases from Khyber Pakhtunkhwa, 6 cases from Punjab, 7 cases from Balochistan and 16 cases from Sindh province. The new rise in polio cases has created an alarming situation for Pakistan to control this viral disease and for the Sustainable Development Goals (SDGs) to ensure healthy lives and promote wellbeing for all at all ages. 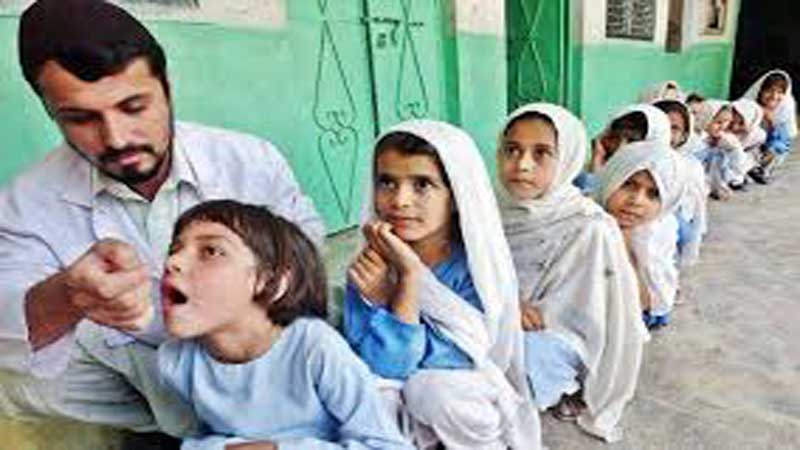 The reasons that policymakers and programme administrators give include lack of quality vaccination, mishandling of vaccine by eradication teams, parental refusals, religious issues, fear of vaccines and poorly paid vaccinators. Then there are worsening environmental conditions that lead to severe and frequent droughts, and settlements without basic sanitation as well as clean drinking water. For example, there are 564 slums in Karachi where drains are full of raw sewage. Poliovirus has been isolated from the sewage of cities in the KP and is suspected to be in the sewage of other cities as well. Senior government officials blame the ‘culture’ of Pakistan.

To deal with this infectious disease, there are several suggestions. The concerned stakeholders should increase public awareness sessions and ensure the safety of the vaccinators. The awareness sessions can be delivered in print, electronic and social media, in all languages of Pakistan. Also, such sessions should be delivered in various communities while inviting and engaging each and every member of the community: local leader, teacher, religious leaders and ordinary folks to build their confidence in the vaccine. These awareness sessions should draw on the findings obtained through the qualitative studies. For that, there is a need to conduct qualitative research in those parts of the country where this virus prevails.

Although the polio campaigns involve the messages of famous personalities of the country, it is essential to have more efforts of these types. Our government may join hands with the government of Afghanistan to diligently deal with polio. Both the countries share the same challenge and also share social, economic, geographical and political situation, to a great extent..

The government should also work on those areas that provide favourable conditions to the prevalence and spread of this virus. The conditions, as stated earlier, include inappropriate and ineffective sewage system in the country.