Electronic waste recycling and its impact on health and environment

Recycling of electronic waste, which is often referred to as e-waste, is a growing business worldwide. This is mainly due to the cumulative market diffusion of electronic products, expansion of spare market in developed nations and a usually high invention obsolescence rate together with a decline in prices and development in internet users. These e-wastes includes wide range of electronics like television, VCR, cell phones, fluorescent light bulbs, refrigerators, computers, air conditioners, printers, audio and video devices and copiers. Due to technological development, rapid economic growth and urbanisation, the demand for consumer electronics has increased, which in turns increases the production of electronics.It is projected that worldwide e-waste generation is increasing by about 40 million tons each year. 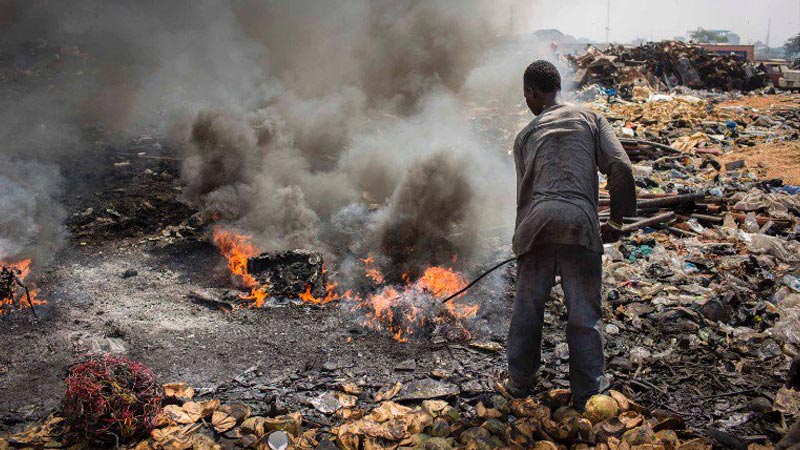 Electronic equipment often contain several persistent, bio-accumulative and toxic materials, counting heavy substances such as lead, nickel, chromium and mercury, and persistent organic pollutants, such as polychlorinated biphenyls and brominated flame-retardants. The urgency of the problem is evident worldwide. In the decade between 1994 and 2003, about 500 million personal computers, containing approximately 718,000 tonnes of lead, 1,363 tonnes of cadmium, and 287 tonnes of mercury, reached their end-of-life.

According to the Environmental Protection Agency (EPA), the US alone produced e-waste of three million tons (metric tons) in 2010, out of whichonly 20 percent was recycled by the US and the rest was exported to developing nations. The EPA also reveals that around 50 million tons of e-waste is produced every year. As compared to other municipal waste, e-waste is three folds larger in quantity.

The process of recycling of e-waste consists of the methods like burning of wires and acid bathing, which creates toxic gasses such as carbon dioxide, chlorofluorocarbons, halogenated dioxins, and furans. These toxics gasses are very dangerous for human health and for the ozone layer. The reaction of such items may cause different diseases.In the last few years,studiesthat were conductedindicatethat due to the bulk of e-waste recycling in informal sector without using any protective measures, many health related problems have been reported, including diseases and problems related to skin, liver, kidney, low immune responses to hepatitis vaccine, stomach, heart diseases, respiratory track disease, asthma, headache and other organ disorders.

Electronic waste is currently a growing problem globally. Pakistan has become one of its major importers. Precious metals are extracted from this waste, and after the extraction the rest is burnt in open air or dumped into landfills. It is both hazardous and expensive to treat the recycling waste in an environmentally friendly manner. Most of the e-waste is being discarded in the general waste stream. The government of Pakistan has signed the Basel Treaty but the implementation of set standards is still missing.

Precious metals are extracted from this waste, and after the extraction the rest is burnt in open air or dumped into landfills

In Pakistan, Karachi and Lahore are the dumping ground for thousands of e-waste materials. It is coming from European and South Asian countries and the US on ships, and from the borders of Afghanistan and Iran. Dumping of e-waste to developing countries is strictly ruled out under the act of EPA (1997). In China, India and Pakistan, where more informal and complex methods are engaged, the recycling process comprise manual disassembling, printed circuit boards heated to recover chips and solder, acid baths for taking out of precious metals from composite fusions, extruding and melting plastics, and burning of plastics to isolate precious metals like gold, platinum, palladium and copper.

To evaluate the adverse health and environmental impact of e-waste recycling, a survey was conducted in three major cities of Pakistan-Karachi, Rawalpindi and Lahore. The primary data from two groups was collected; one was from an exposed group that included e-waste recycling workers, and the other was an unexposed group. The result showed that the exposed group is suffering from more severe diseases than that compared to the unexposed group. This clearly indicates that these diseases are attributed to exposure to toxic gasses while recycling of e-waste.

It is suggested that since Pakistan is a signatory of the Basel Convention, the Rotterdam Convention, the Stockholm Convention, the global instrument on mercury under negotiation and the Montreal Protocol, it should strictly follow the rules and regulations of these conventions and treaties. There should be awareness programmes arranged by government and NGOs; through newspaper articles, advertisements on television and conducting seminars in educational institutions, awareness can be given regarding the hazardous nature of e-waste.

If proper laws and regulations are implemented, stakeholders and manufactures would be obliged to manage their waste by adopting policies like the extended producer responsibility. Accordingly, manufacturers of electronics are physically, legally and financially accountable for the products they produce. Responsible authorities should manage the data of e-waste. The government should conduct a nationwide study in which the imported e-waste, as well as domestically produced e-waste quantities, will be identified and listed. Workers should be properly trained and be aware to wear suitable uniform, gloves and facemask while recycling e-waste.