Fed up, satellite towns around Madrid turn to far-right Vox 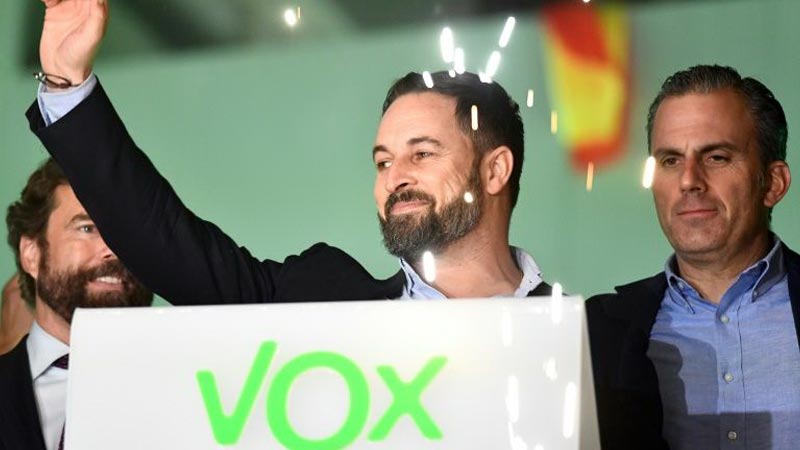 “I don’t like Vox, I’ve always supported the Socialists, but I’ve just had enough of all the in-fighting between the parties,” shrugs retired construction worker Luis Martinez, who like many people in Valdemoro voted for the far-right.

Whether fed up with the traditional parties “who don’t do anything”, or just desperate for someone to take on the ongoing Catalan separatist crisis, voters in this town near Madrid here have made their protest felt.

Like hundreds of thousands of others, 67-year-old Martinez on Sunday cast his vote for Vox, helping the far-right upstart win 52 of the parliament’s 350 seats and turning it into Spain’s third-largest party.

The traditional parties do everything to “get in power and line their pockets, but they end up doing nothing,” he complained in the central square of this town which lies about 30 kilometres (18 miles) south of Madrid.

Like Valdemoro, a good number of the towns surrounding the Spanish capital turned green on November 10 — the colour chosen by Vox for its logo.

The party has made significant inroads over the past year following decades in which the far-right languished on the margins after dictator Francisco Franco’s death in 1975.

Launched in 2014 by Santiago Abascal and others from the hardline fringe of the rightwing Popular Party, Vox struggled to gain traction at first, attracting only a smattering of voters with its ultra-conservative stance on immigration, gender violence and traditional family values.

But its implacable opposition to Catalan separatism has seen its popularity soar, experts say.

“There is a green belt in Madrid where Vox has become the leading political force,” Abascal boasted on Monday.