The human immunodeficiency virus (HIV) attacks the immune systems of a person. After weakening the defence mechanism, it makes a person vulnerable to other infections, which otherwise are less likely to affect. HIV, in the absence of vigorous actions, leads to the acquired immune deficiency syndrome (AIDS). This deadliest disease, according to Alan Whiteside in his book, HIV and AIDS: A Very Short Introduction, has transferred to humans from primates. 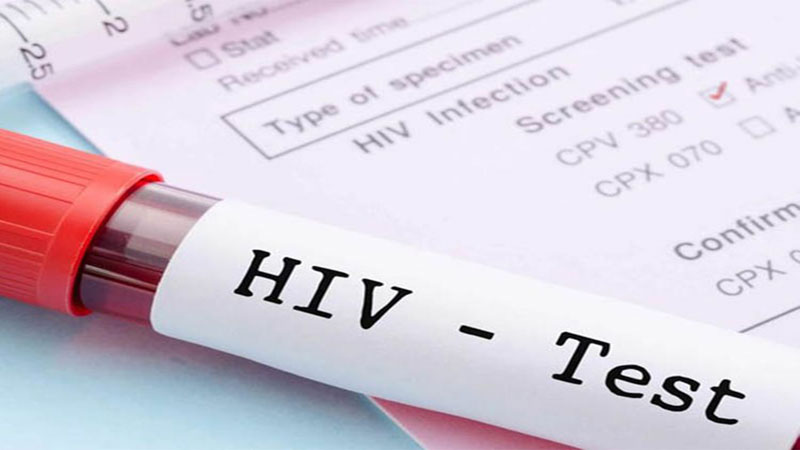 Although isolated cases of infection in people may have appeared earlier, the ?rst cases of the current epidemic probably occurred in the 1930s, and the disease spread rapidly in the 1970s. AIDS was publicly reported on June 5, 1981, in the Morbidity and Mortality Weekly Report produced by the Centre for Disease Control in Atlanta, USA. Doctors recorded unexpected clusters of previously sporadic diseases such as Pneumocystis Carinii, a type of pneumonia, and Kaposi’s sarcoma, a usually slow-growing tumour. These conditions manifested in severe forms, and a narrowly de?ned risk group-‘young homosexual men’.

Sadly, this deadly disease is becoming an epidemic in Pakistan, particularly in the Sindh province. According to the estimates of UNAIDS, the United Nations task force, from 2010 to 2018, the number of HIV-positive people in Pakistan nearly doubled, to about 160,000. During that time, the number of new infections jumped 38 percent. The real number is likely higher; much of the population goes untested, while only about 10 percent of people thought to be HIV-positive are being treated.

In Sindh’s Larkana district, particularly in tehsil Ratodero, this virus is rapidly spreading. From April 25 to October 16, 2019, according to the National AIDS Control Program report, almost 36,000 people have been screened for HIV, in which 1,125 are suspected to be HIV-positive. Out of them frighteningly, 897 are children, mostly one to five years old.

Pakistan spends very little on its efforts to counter HIV and AIDS, and is nearly entirely dependent on support from other countries for its programmes, whether for funding to staff testing centres or to provide retroviral drugs to counter the virus. As Maria Elena Filio-Borromeo, UNAIDS Director for Pakistan and Afghanistan, claims, “With competing priorities, HIV and AIDS are at the backseat of the government’s agenda.” Reports show that since 2003, Pakistan has witnessed eight HIV outbreaks. Ratodero witnessed one before the current one, in which around 1,500 adult men were diagnosed with the virus: most of them, reports claim, were engaged in sex with infected sex-workers.

Muzaffar Ghanghro, a paediatrician, was charged for the outbreak in Ratodero; he reportedly reused syringes.We should inquire what factors compelled this doctor to perform an inhumane act.

The outbreak has caused severe consequences. The carriers are scared about the stigma and social exclusion. In May2019, one man murdered his HIV-positive spouse. In June, occupants in another town found their neighbour tied to a tree by her family after she was tested positive for the virus. The family said they had bound her to stop her from spreading the disease to the rest of the town. After open dissent and police intercession, the family untied her. She currently lives in an isolated room in the house;her family checks all her movements.

After the outbreak, the World Health Organisation reached the city to help and donated hundreds of testing kits. Testing centres were set up in government buildings, while dozens of yellow tents sprouted up across the city to deal for the testing and treatment of HIV. The government took measures in May, including shutting down clinics of unqualified doctors and illegal blood banks.

Pakistan spends very little on its efforts to counter HIV and AIDS, and is nearly entirely dependent on support from other countries for its programmes

The outbreak needs more measures for its causes and consequences to be dealt with properly. Government should take several actions related to policies and practices to reduce the risk of contracting this virus and control the alarming rise of cases.

Government should engage social scientists to conduct qualitative researches in most common areas of AIDS, and take advantage of the findings of those researches to frame policies.There is a need to organise awareness sessions via print, electronic and social media in all languages of the country, especially in Sindhi. These sessions should also be delivered in communities, ensuring the participation of all community members irrespective of gender. The focus should be to draw on the findings collected by qualitative researches. The focus should be on: sexual behaviours and modes of safe sex, drug use and shaving practices. The sessions should also have training of healthcare providers, especially at basic health units and dispensaries.

The crisis is multidimensional in terms of causes and consequences. Therefore, we need to deal with it in multiple measures and perspectives.