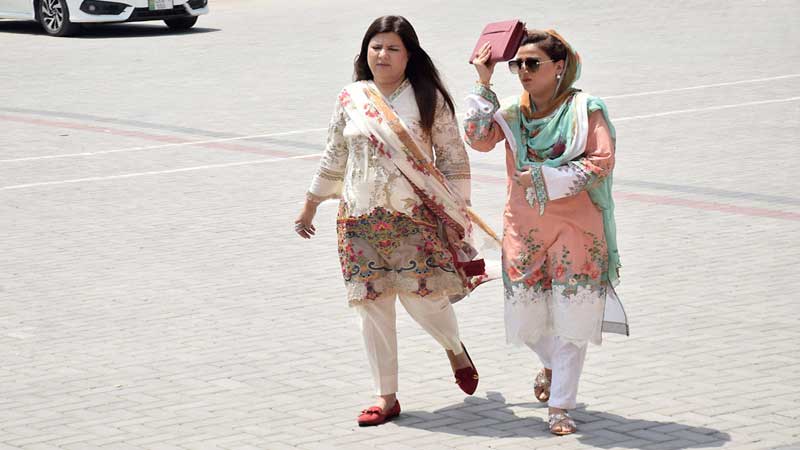 The Pakistan Muslim League-Nawaz’s (PML-N’s) Member of the Provincial Assembly (MPA) of Punjab Malik Ahmed Khan, during the session of the Punjab Assembly on Tuesday, raised several questions regarding the interference of Prime Minister Imran Khan in the provincial affairs, as Minister for Health Dr Yasmin Rashid highlighted the initiatives of the PM for reforms in the provincial health sector.

Dr Yasmin, while responding a question of Malik Ahmed during the ongoing session of the Punjab Assembly, said that her ministry was going to repair all the buildings of basic health units, rural health units and tehsil headquarters hospitals consistent with the initiatives of Prime Minister Imran Khan, and construction work would be completed during this financial year. Malik Ahmed said he was not here to listen to the initiatives of the PM, and wanted to know about the initiatives taken by the Punjab chief minister. “Where is the CM if the prime minister is taking initiatives?” he said, seeking attention of the chair. He said a provincial minister was highlighting the initiatives of the PM instead of shedding light on the projects initiated by the CM. He went on to challenge the MPAs of the treasury benches and ministers to name even a single initiative that has been taken by the Punajb CM himself in his independent capacity. No one from the government side responded to his ‘request’.

“Why the bills passed by this assembly are stopped midway and are not reaching the Governor’s House?,” Malik Ahmed asked, referring to the bill of Aab-e-Pak Authority that remained pending with the assembly secretariat for many days instead of being sent to the governor.

Meanwhile, during the question hour, Azma Bokhari of the PML-N said that Dr Yasmin Rashid was just like Asad Umar of the Punjab Health Department, as she had also failed to deliver despite giving several deadlines. She made promises regarding the appointment of doctors in public sector hospitals, but failed to do so despite giving several deadlines, Bokhari said. Dr Yasmin replied by saying that her ministry had completed all arrangements of advertisements for the appointments of technicians, vaccinators and others staff members on 5,500 posts through the NTS. “For the first time, we are going to create the post of psychiatrists in all the DHQs to deal with the addicted patients,” said the health minister. To a question, she said a taskforce had been constituted on the issue, and the authorities were working on a three-tire strategy to handle addicts – prevention, detoxification and rehabilitation.