Legal view: no accountability, no democracy

A democratic form of governance is the outcome of a Social Contract wherein people delegates their power to govern and rule to one person which is also designated as a sovereign. Sovereignty in modern constitutional systems is vested constitutionally to the State. The states having written constitutions have defined sovereign power with a particular designated office. In most of the systems of governance either Presidents or Prime Ministers are the most powerful executives. In some constitutional systems, Presidents or Heads of State are merely titular or nominal and actual powers are vested in and exercised by someone designated or known as the Prime Minister or with some other title. Thus, it is the constitution which is supreme not the chief executives. Powers of the chief executives are well defined. There are also constitutionally elected houses which represent general will of people as the people repose their trust and confidence through their votes periodically.

In parliamentary forms of governments, the maximum term of government is constitutionally fixed but there is no minimum term of any elected government. In all parliamentary democracies, political parties and leaderships come in power after seeking mandate from the electorate through general elections for such maximum term of government. However, in well-established parliamentary democracies, the elected governments seek a fresh electoral mandate when they take some such governance measures which were not part of their electoral manifestos. So that the people of the country should always be taken into confidence before taking any new administrative measure which was not promised in the election manifesto of the political party. Finally, that is the maximum term of government when the elected government has to seek fresh mandate through general elections. People make the sitting government accountable through their power of vote. If the sitting adopts popular policies according to wishes of people then there is possibility of re-election otherwise opposition party or other available parties are a good alternative.

Democracy and parliamentary forms of government go side by side, but it is otherwise in Pakistan due to the allegations of corruption against the Chairman PAC and a senior officer managing secretariat of the PAC. In such circumstances, democracy and parliament will not survive together for a long time. People have to see however revenue collected through their taxes is being spent and oversighted 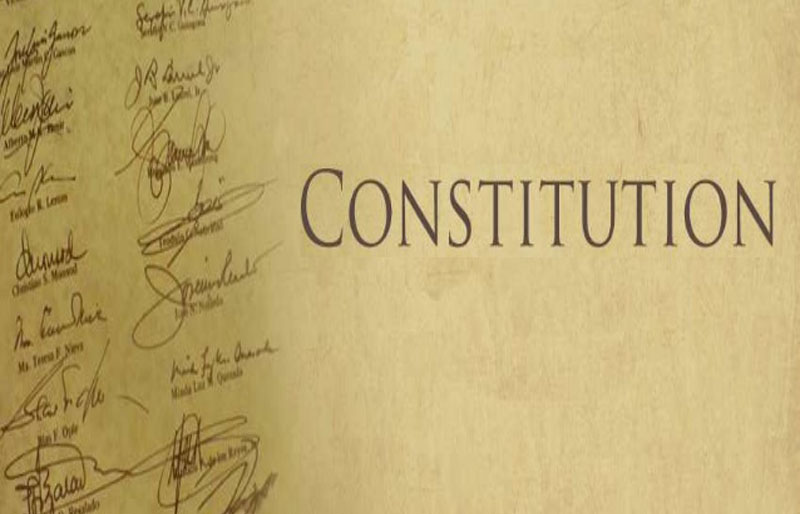 The Chairman of the Public Accounts Committees (PACs) are the most important persons who lead and control the proceedings of the PACs and the entire performance and efficiency of the PACs is, in fact, dependent on the nature, personality and techniques of the Chairman of the PAC. In this way, the Chairman is the most important person who scrutinizes and examines the accounts of the Federal Government and the Provincial Governments as a whole. There was an agreement between the PPPP and PML(N) which was named as the Charter of Democracy (CoD) which provides that the Leader of the Opposition in the National Assembly or Provincial Assemblies shall be the chairmen of the PAC. CoD has neither any approval of the Parliament or any Government as well as the part of the Constitution, any law or rules, etc., nor is the part of any constitutional convention or tradition. There are no constitutional conventions and traditions in Pakistan as there is a written Constitution which has expressly provided about each and every matter of governance and exercise of power under the Constitution.

Appointment of Mian Muhammad Shahbaz Sharif as the Chairman of the PAC after a huge hue and cry by the PTI government is contradictory to its political and moral conduct as well as its agenda of change and a corruption free Pakistan. Mian Muhammad Shahbaz Sharif is presently in judicial custody due to different corruption and misuse of power investigations and inquiries by National Accountability Bureau (NAB) and references are either filed or expected to be filed against him shortly. Thus, it is the mockery of the parliamentary process of oversight of public funds through PAC when there is clear conflict of interest as well as charges of corruption and misuse of power on the person of Chairman himself. In elected democracies, morality and conflict of interest are two very effective values or tools to check the level of good governance. However, our now more than 70 years old democratic and constitutional governance system could not inculcate any standard of morality which can force different office holders to avoid holding such offices where there is a conflict of interest. Thus, most of the cabinet office-holders as well as other persons occupying different offices on behalf of the Federal or Provincial Governments are doing their businesses while exercising official powers when heading different Ministries, Divisions or Departments in the presence of clear conflict of interests. It is not sure whether it is coincidence or a calculated move that according to available information, a top officer administering affairs of the PAC secretariat is also charged in References for corruption and misuse of power. Therefore, it is strange coincidence that audit and accountability of public funds is expected to be done under the supervision and assistance of persons who are allegedly having a vast experience in corruption and financial misappropriations. It is the process of justice which will test their innocence and declare their guilt or innocence after a long time. However, till that time parliamentary accountability process has to suffer by a serious blow of conflict of interest and crisis of credibility. Certainly, it is not a good omen for the Parliament as well as for parliamentary democracy as the parliament is the institution which shapes the social, moral and behavioral trends in a democratic dispensation. Democracy and parliamentary forms of government go side by side but it is otherwise in Pakistan due to allegations of corruption against the Chairman PAC and a senior officer managing secretariat of the PAC. In such circumstances, democracy and parliament will not survive together for a long time. People have to see however revenue collected through their taxes is being spent and oversighted.

The author is a practising Advocate of the Supreme Court of Pakistan, as well as a Governance, Policy and Management Consultant