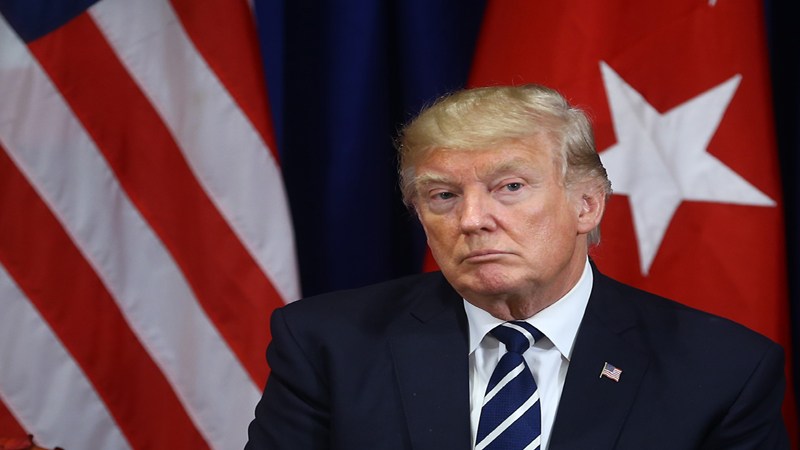 Now is not a good time to be a climate-change denier like US President Donald Trump, given all the recent evidence that the atmosphere is warming faster than expected.

On the Friday after Thanksgiving, for example, Trump’s own government published a major report warning that unchecked climate change will impose massive economic and human costs on the United States. And that came on the heels of an alarming study by the United Nations Intergovernmental Panel on Climate Change (IPCC) that painted a dire picture of Earth’s near future.

The IPCC finds that if greenhouse-gas emissions continue at current rates, the additional costs due to coastal flooding, droughts, storms, extreme heat, and wildfires will reach an estimated US$54 trillion by 2040. Shockingly, the world has only about a dozen years to keep global temperatures within 1.5 degrees Celsius above pre-industrial levels, a goal of the 2015 Paris climate agreement.

Beyond that limit, even small temperature increases will raise the risk of catastrophic events, threatening millions with poverty and displacement.

For his part, Trump refuses to believe his own administration’s assessment that climate change is man-made and poses an existential threat. He has unilaterally withdrawn the US from the Paris climate agreement, leaving the country standing completely alone on the issue (though Brazil under incoming far-right President Jair Bolsonaro could follow suit). And he has dismantled environmental regulations and strengthened subsidies to boost the US fossil-fuel industry.

Yet despite federal opposition to climate-change mitigation, cities and states are responding. Governors of states representing 40 percent of the US population and 46 percent of US GDP have committed to implementing the Paris agreement.

Through the America’s Pledge project, cities, states, and businesses accounting for over 35 percent of US carbon-dioxide emissions are adopting measures to cut them. State and local agencies are introducing new incentives and policies to encourage the use of renewable energy.

A multistate task force has committed to putting a minimum of 3.3 million zero-emission vehicles on the road by 2025. And several states are preparing lawsuits to challenge the Trump administration’s plans to roll back regulations on emissions from power plants and vehicles. Both the law and the facts favor the states.

State governments are also developing climate-adaptation plans. California, for example, is exploring ways to improve the health of its forests so that they will be more resilient to wildfires – timely, since scientists predict that the state’s wildfires could be five times worse by mid-century, given base-case temperature rise simulations.

And the California Coastal Commission is even considering a massive “managed retreat” plan to move residents away from the shoreline.

In the private sector, business leaders representing 20 economic sectors and upwards of US$1.3 trillion in revenue have publicly affirmed their commitment to combating climate change. A broad range of companies have joined the Climate Leadership Council and endorsed a carbon tax and dividend plan.

Since 2014, the number of firms pricing carbon into their internal risk assessments has increased eightfold. And now, more than 90 large US companies have set, or have committed to setting, emissions-reduction targets consistent with the Paris accord, with over half of them reporting gains in competitiveness as a result.

Investors, too, are pushing for action on climate change. Globally, more than US$22.8 trillion – one quarter of all funds under professional management – has been channeled into sustainable investment. And with climate change already posing a threat to around US$4 trillion worth of financial assets, the Financial Stability Board has created a task force to encourage more companies to disclose climate-related risks.

In recent years, the US has actually outperformed most other industrialized countries in reducing its CO2 emissions. But that is largely due to its natural-gas boom, and the US is still the world’s second-largest per capita emitter.

At the global level, CO2 emissions increased in 2017 after three years of stability and are headed to a record high in 2018. In most countries and regions, the Paris agreement’s pledges, which already are insufficient to keep the increase in global temperatures below the 1.5 degrees Celsius threshold, are not being fulfilled.

This is “possible within the laws of chemistry and physics,” notes Jim Skea of the IPCC, “but doing so would require unprecedented changes.” For example, emissions from industry would need to fall by 75-90 percent by 2050, while the share of renewable energies in the electricity mix would have to increase to 67 percent, from around 20 percent today. Fortunately, innovation, investor pressure, the growth of green finance, and falling renewable-energy prices all give cause for guarded optimism.

Solar power is already the cheapest form of energy for new electricity capacity in the US and around the world, and it is half the price of fossil fuels in some emerging-market economies.

By 2020, the cost of renewables already in commercial use is expected to fall within or below the cost range for fossil fuels. Ongoing innovations in electric-vehicle and jet-engine technologies will further reduce carbon emissions from transportation.

In addition to reforestation and new carbon-capture technologies, carbon pricing has an essential role to play in reaching the IPCC’s threshold target.

Yet, despite a broad consensus among economists that carbon pricing is the most efficient and effective way to reduce emissions, it faces huge political obstacles.

In the US, cap-and-trade and other carbon-pricing tactics remain confined to California and a few other coastal states. Worldwide, the 71 countries and regions that have introduced a carbon price account for only around 20 percent of total emissions.

At a recent climate summit in California, former US Vice President Al Gore argued that we can combat climate change with both old and new technologies, and that we must do so, because it poses an existential threat to us all.

Whether we will, however, depends on the behavior of political and business leaders in the US and around the world. In the absence of federal leadership, American states, cities, businesses, and citizens are rising to the challenge.

Laura Tyson, a former chair of the US President’s Council of Economic Advisers, is a professor at the Haas School of Business at the University of California, Berkeley, and a senior adviser at the Rock Creek Group. Lenny Mendonca, chairman of New America, is senior partner emeritus at McKinsey & Company. Copyright: Project Syndicate, 2018. www.project-syndicate.org. Shanghai Daily condensed the article.