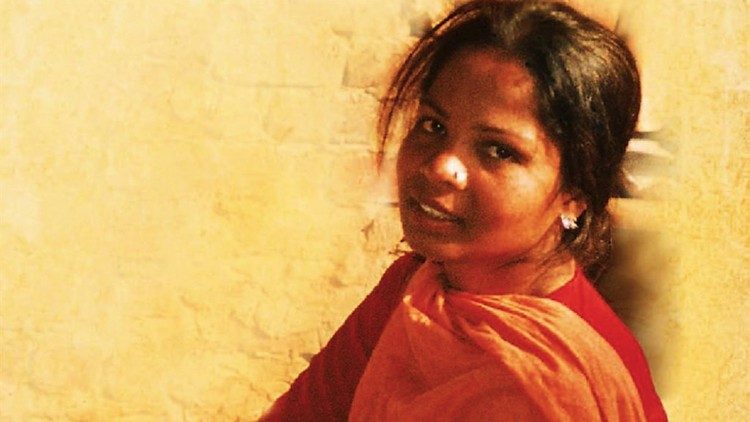 One more embarrassing chapter in Pakistan’s history came to an end: Asia Bibi has been acquitted. The right-wing radical element kept the entire country hostage for three days and finally an agreement was reached between the protestors and the government.

It all started after the Supreme Court of Pakistan acquitted Asia Noreen, a Christian lady convicted of blasphemy. Asia was accused in June 2009 after an argument with co-workers. In November 2010, she was sentenced to death by hanging and the verdict was upheld by Lahore High Court. Tehreek-e-Labbaik Pakistan gave a call to all its members to wreak havoc if the Supreme Court acquitted Asia. The country was at a standstill for three days when an agreement was signed that included expediting a motion in the court to place her on Exit Control List, in addition to releasing TLP protestors.

Asia’s lawyer has fled to Netherlands due to security reasons. “Her husband has appealed in particular to Britain, Canada and the United States, claiming that Bibi’s life would be in danger as long as she lived in Pakistan,” DAWN reported.

Justin Trudeau, Canadian Prime Minister, said on Monday that his government was in talks with Pakistan over providing asylum to Asia Bibi. “I don’t want to say any more about that, but I will remind people that Canada is a welcoming country,” he said.

Ironically, the Federal Minister for Religious affairs and Interfaith Harmony also said on Monday that Asia Bibi would not leave till the finalization of the legal process.

Anyhow, we will soon forget that rickshaws, buses and shops were set on fire because of which some hard-working people lost their only source of income. So nothing new came out of this chapter; just the same old routine.

However, one might argue that there was one new aspect to this time’s episode. It was the speech made by Prime Minister Imran Khan in which he warned the agitators not to clash with the state. This was the moment when people thought that the state would impose its writ, finally. Imran Khan gave us a hope and then backtracked, our PM’s favorite game that he loves playing with this nation.

The hope of an action by the state to impose its writ was higher this time, because the opposition did not act the way Imran khan did when a similar situation came about during the last government’s tenure. The charismatic and intelligent PM should have known better: What goes around comes back around. But to his surprise, PML-N played this sensibly and did not try to use this event for political scoring as much as the PM himself did during the Faizabad dharna.

This government might have resolved this issue for now but the big clash is yet to come. This radical right wing engine has been fueled by our agencies and leaders for decades. Every time the government comes to an agreement with them, this Frankenstein’s monster grows bigger. A stand-off between the state and this element is inevitable, for there is a huge ideological difference between the type of state that this radical element wants and the type of state that the majority of the Pakistani population and the rest of the world want Pakistan to become.

Like it or not, a state cannot establish its writ merely by making powerful speeches and promises. Maybe we are naïve enough to buy these promises every time but the international community is not. The international community, the same community we ask money and support from, demands action and proofs. The status-quo cannot be maintained for a long time because it is making our society weaker from within. This political and social structure comprising of political scoring at the cost of this country and over-empowering the radical element is supposed to collapse. Let’s just hope that we bring a change in our policies before this happens.

Minister of State for Interior Ministry recently said that opposition parties were involved in creating chaos to put pressure on the government. Why does he believe that? Because he showed video clips to the TLP leadership, and they denied that these people were a part of their party. *slow clap*

Maybe the agreement was the right thing to do in order to prevent bloodshed and unimaginable consequences. Maybe government just surrendered and lost the opportunity of establishing its writ. But this is not the ultimate solution. Either the state decides to face this radical element once and for all or we become what they want us to become. This does not necessarily mean the use of force but at least a shift in policy to not fuel religious sentiments any more to further our “national interests,” a slow poison that we have been feeding to our nation for decades.

Let’s face it, we are not united, I am an apostate if I do not follow the particular faith you believe in and let us not even talk about discipline, especially after watching what happened during the protests.

All institutions have to be on the same page to promote and protect our national interests. Media should be allowed to work freely and independently. It should help form a public opinion by raising its voice against radical forces that openly threaten the state. Political parties should keep their difference aside when it comes to establishing the writ of state and protecting its citizens. The army needs to realize that the supremacy lies in the people and the parliament and not the protestors they gave money to last time. Army has to look at the country through a different lens. All this is very difficult but it is not impossible.

As the PM himself said, “We will have to take some tough decisions … Ghabrana nahin hai.”