Espionage is a specific craft involving clandestine activities to gather information having strategic and tactical value with direct bearing on security and safety of a state. Primarily, it is a tool to gather information in order to read the enemy camp, shape a policy and execute it accordingly. There had been espionage episodes during world War-I and II.

Historically, spying had been integral part of war preparedness. Selection of spies for this enterprise has always been a challenge to people at the helm of affairs.

Individuals of highest calibre with ability to maintain both overt and covert composure are considered fit for this adventurous craftsmanship. And the spy has to ensure adherence to clandestine discipline. Kulbhushan Sudhir Jadhav’s selection to undertake this mission must have undergone rigorous procedural discipline before subsequent approval of the relevant bosses in Research and Analysis Wing (RAW).

Despite his capabilities, deftness and dexterity, Kulbhushan landed in a minefield as the security apparatus of Pakistan caught him red-handed, a robust deed reflective of Pakistan’s counter espionage vigilance mechanism far superior to that what Jadhav and his masters thought of. Detention proved his delusive plans to escape hunt as poor.

He is a ‘commander’ rank serving officer in Indian navy as per his own statement. Indian passport bearing his assumed name Hussein Mubarak Patel — a fictitious activity to conceal his original identity, has been recovered from his possession. It is not unusual practice in espionage discipline to carry different identities suiting to spy’s overt and covert engagements. In his confessional statements released to media, he disclosed his clandestine mission of espionage leading to sabotage activity in restive province of Balochistan, Karachi and elsewhere in Pakistan.

Jadhav must have divulged about his entire network and its linchpins he handled to his interrogators sleuthing him. Pakistani security apparatus might have meticulously worked out to reach and dismantle this spy ring and its sleeping cells.

Indian authorities owned Jadhav identifying him as retired officer of Indian navy. His assumed name Hussein Mubarak Patel is not being unambiguously commented nor has been refuted in any way by Indian government. And it is in fact that a usual practice of disowning a spy once gets burnt.

Jadhav has been tried by a Field General Court Martial and has handed down capital punishment to him. The Indian government hurriedly took the issue to International Court of Justice (ICJ). The latter, on May 18th 2017, passed order staying execution of Jadhav. 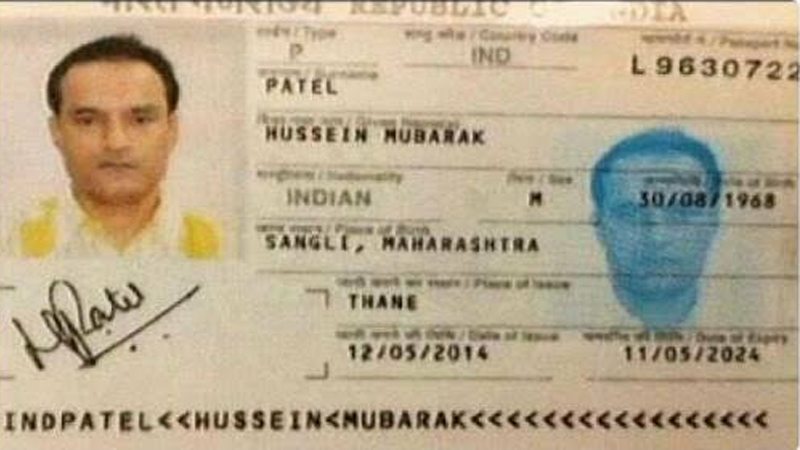 Meanwhile, the case is as for now all set for formal hearing after India’s pleadings and counter arguments of Pakistan have been received at ICJ. To go by the information rolled out from India and Pakistan on this issue, it appears certain that his arrest took place in Balochistan and his passport with an assumed name lends huge credence to Pakistan’s version about his clandestine mission in Pakistan. While his confessional statements further added weight to Pakistan’s point of view. How Pakistan will capitalise the situation and will make the case a success story: all depends on the line of its argument at the ICJ.

On the other hand, the recent decision of Pakistan allowing consular access to Jadhav is a step in right direction.

As reported in media, both the wife and the mother of Jadhav accompanied by an Indian diplomat are expected to meet him during the last week of this month. Granting consular access speaks humanitarian considerations on the part of Pakistan. This apparently has nothing to do with the ICJ proceedings as the court has not ordered consular access so far.

On the other hand, footprints of Jadhav were noticed in Chabahar, a small port city of Iran. The latter has already expressed its displeasure and asked India not to use its soil against a third state.

Obviously, secessionist movement in Balochistan has ripple effects for Sistan-Balochistan of Iran where the Baloch community has a sizeable population with grievances against Tehran. What will be the likely grand-finale of Kulbhushan episode is difficult to forecast at this stage but one thing is perhaps certain that Pakistan letting him go with ‘reprieve’ is quite unlikely.

Rather, any amnesty would irritate the heirs of victims died in the terror incidents staged at the behest of Jadhav and his network. Pakistan will have to weigh the domestic reaction against such a decision. Past track record of Pakistan shows that Indian nationals accused and convicted of espionage were either released after they served their sentence in jail or few might have been granted pardon on humanitarian grounds. This is the first time in the history of hostilities between two countries that a serving officer has been captured and that also with incriminating evidences.

His seizure carries a valuable ‘case study’ for the sleuths, particularly in India. And security apparatus in Pakistan; it appears, has effective watched even in far flung areas of Balochistan where Kulbhushan Jadhav ended up with his cover blown up. This speaks highly of Pakistan’s anti-spy gear which worked with professional elegance and robustness. On the other hand, it is too early to conclusively predict the end result of this entire episode where the fate of Kulbhushan is precariously hanging.