Currently, the Taliban hold more than forty percent of Afghanistan’s land mass. Their territory will continue to grow if the ANA and other security agencies aren’t able to resist their continual onslaught

Most of the attacks were carried out by Taliban militants, in what appears to be their pre-winter offensive. The Afghan National Army (ANA) and local police forces stand badly shaken and demoralized. The situation was so bad that the meeting between Afghanistan President Ashraf Ghani and US Secretary of State Rex Tillerson had to be held in the fortified Bagram airbase in the Parwan Province instead of Kabul, the Afghan capital city.

Currently, the Taliban hold more than forty percent of Afghanistan’s land mass. If the ANA and other security agencies aren’t able to resist the continual onslaught by the Taliban, their territory will continue to grow.

Lack of discipline, corruption and poor training are a few of the major reasons contributing to the Afghan forces inability to stop militants from gaining territory. The Taliban have also been able to capitalize on the US military’s utter failure to win hearts and minds.

This failure has been so great that the Taliban and their sympathizers have been able to execute insider attacks, which have been dubbed ‘blue on green’. These have had their desired effect; to create fear and insecurity among NATO and American forces.

Hamid Karzai, former President of Afghanistan, in his recent interview with Russia Today said that ISIS in Afghanistan was proliferating under the very nose of American security apparatus. Speculations are that America may use ISIS elements against Taliban and against the interests of its regional adversaries and their allies

This upswing in Taliban attacks continued while Tillerson was in Afghanistan on his official visit to South Asia. When he got back to Washington, while briefing journalists on his meeting with authorities in Pakistan he said, “We have some very legitimate tasks and concerns that we need their (Pakistan’s) help addressing”. Elaborating further, he said he told Pakistani officials, “You can do it or you can decide not to do it. And if you decide you don’t want to do it, just let us know. We’ll adjust our plans accordingly.”

These words do not carry a soft message for Pakistan. Tillerson did not dwell on Pakistani concerns which were conveyed to him during his brief visit to Islamabad. Much of Pakistan’s concerns have already been conveyed to American leadership by Pakistan Defence Minister Khawaja Asif during his recent visit to America. He aptly said that Pakistan could not be held responsible for the failures of other parties in Afghanistan.

As a matter of fact, Pakistan has a genuine concern in regard to America’s concessions to India in Afghanistan. Both India and Pakistan have unresolved issues and long standing hostility.  America is obviously promoting India to scuttle regional assertion of China. CPEC (China Pakistan Economic Corridor), a Chinese funded mega enterprise promising a buoyant economy for Pakistan is source of concern to American leadership. Pakistan appears to have no intentions to backtrack from commitments with China on CPEC ever since American leadership announced its ‘policy shift’ endearing India, the nemesis of Pakistan, in the region. In the given scenario, America faces a tough challenge to strike balance in its policy in view of Pakistan – India hostilities. 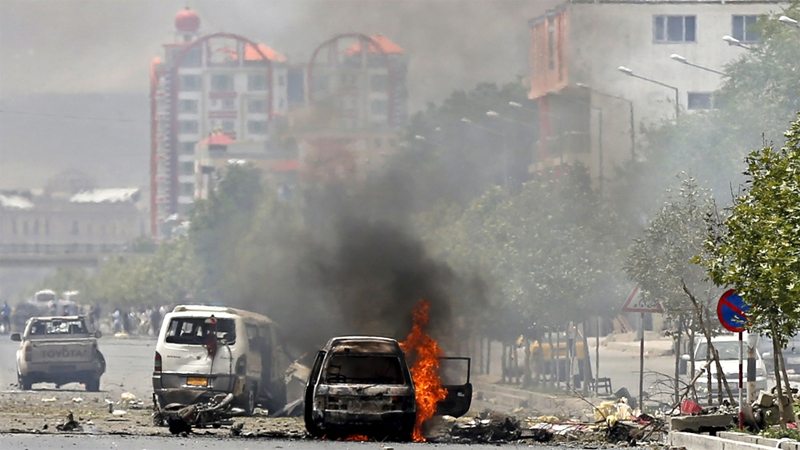 Security challenges in Afghanistan are proving to be harder if not insurmountable. Neither Taliban are likely to budge from their demand for complete withdrawal of foreign forces from Afghanistan, nor are Americans to acceding from their demands. Hamid Karzai, former President of Afghanistan in his recent interview with Russia Today said that ISIS in Afghanistan was proliferating under the very nose of American security apparatus placed in Afghanistan. Speculations are that America may use ISIS elements against Taliban and against the interests of America’s regional adversaries and their allies. If true, the reported nexus of America with IS militants is a new phenomenon at least in Afghanistan. Pakistan already has serious reservations with regard to use of TTP (Tahreek-e-Taliban Pakistan) and patronizing Baloch militants against it from Afghan territory. On the contrary, American leadership has suspicion with regard to Pakistan’s nexus with Haqqani faction of Taliban but no such unbeatable evidence could be produced so far. Pakistan has been in contact with political leadership of Taliban to persuade them to switch over to dialogue process instead of continuing with armed struggle. Such contacts have been transparent and used in good faith to bring them to negotiating table.

Lack of discipline, corruption and poor training are a few of the major reasons contributing to the Afghan forces inability to stop militants from gaining territory. The Taliban have also been able to capitalise on the US military’s failure to win hearts and minds

Pakistan’s security apparatus has the required robustness to neutralize the threats to its internal security howsoever these may be sponsored from outside. It has already achieved major success in its struggle against militancy. Long spell of pause in otherwise recurring terror acts across the country is manifestation of salutary effect of Zarb-e-Azb and Radd-ul-Fassad. Patronizing proxies to safeguard ones interests would create more challenges for the already fragile peace prospects in war-torn country. Making unnecessary controversial barbs over the status of Gilgit Baltistan, or certain other routes of CPEC would promote more polarization. And the ensuing melee is likely to worsen the situation in Afghanistan as well. There should be some political solution to Afghan imbroglio in the interest of regional peace. Despite hard challenges the amicable resolution of the irritants may nevertheless be preferred over confrontational mode.