Food security is a priority

Food is essential for all of us. We enjoy avariety of food offered by fine dining restaurants, fast food chain, and open air BBQ places. All of us living in cities rarely think about food producers,i.e., farm and farmers. Even if we think about them, we do not find any interest in their life. This gap between producer and consumer is leading to the food security crisis.

Agriculture has now become anindustry. Now, we have efficient crops and cattle, but still, food security is a global problem. Food security cannot be ensured without giving importance to food producers. Ignoring them is probably the primary cause of the problem. We are willing to pay the full price for anexpensive dress, latest smartphone, imported jewelry and luxury car, but we find it hard to pay for fruits and vegetables. Low sale price and high input costs cannot keep the agriculture sustainable.That is why farmers are forced to adopt other occupations and leave the village.

This is adding more pressure on cities which are not ready for such population shift. In Pakistan the population in rural areas has decreased from 62.1 percent in 2013 to 59.46 percent in 2017. This quick shift towards urbanisation is a global phenomenon since 1950. In 2014, just over half of the world’s population was urban, and by 2050, one-third of the world’s population will be rural and two-thirds urban. Empty villages mean empty shelves in the supermarkets and empty carts of fruit and vegetable sellers.

There is a counterargument that farmers are shifting to cities for better life. This is not true, since farmers often prefer to earn enough and enjoy the rural life. A good example is the farmer’s protest in Europe. They are forced to sell their produce at alower price, and demanded anincrease in food prices. It shows the will to keep growing and keep feeding. Luckily, their protests have given awaken the consumer even before the policymakers. According to a local survey, now people prefer to buy their regional products, and farmer markets are full of customers willing to pay the full price. This happened due to asense of responsibility towards suitable food production. In contrast in India, poverty forced almost 60,000 farmers to commit suicides in last three decades.

Food security requires the will to pay theright price and giving respect to theproducer. The high price can be the problem for people living below poverty line. That can be still compensated by the middle and upper class of the country. The role of middle man should be minimised by visiting farms and farmers markets. The propensity of thefarmer is theprosperity of the nation. 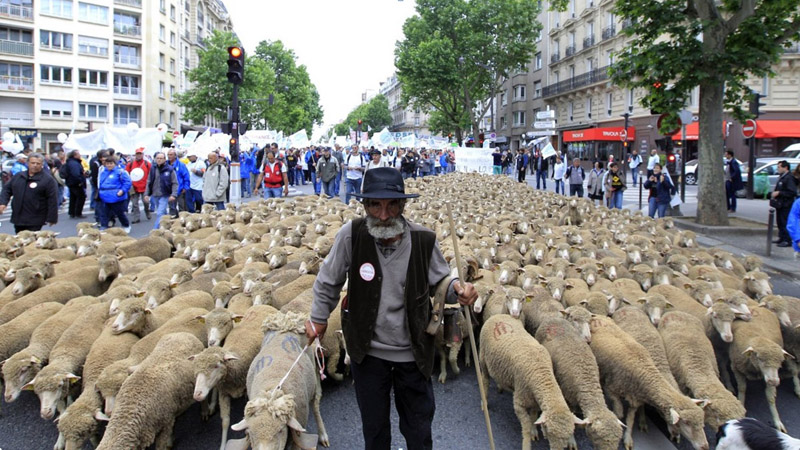 The writer has a PhD from Germany in Crop Sciences and is currently employed as a scientist in that country. He can be reached at jugnusmiles@hotmail.com