LAHORE: The Lahore Chamber of Commerce and Industry (LCCI) on Friday said that there was a dire need to avoid increase in duties and taxes in the federal budget, Daily Times has learnt. LCCI President Sheikh Muhammad Arshad that withholding tax on banking transactions should be withdrawn and undue checking of trading goods should be […]

President Mamnoon Hussain has said that there would be a lot of need for skilled youngsters after the completion of the China-Pakistan Economic Corridor (CPEC), and that they should be prepared for that. Speaking as chief guest at the skills competitions award ceremony at the Governor House here, he said that those youngsters who desired […]

ISLAMABAD: The Pakistan Tehreek-e-Insaf (PTI) Chairman, Imran Khan, has posted a series of tweets on the Internet’s microblogging website, accusing the Sharif family for allegedly starting a propaganda campaign against their political opponents using the tax payers’ money. “To hide their own corruption, the Sharifs have launched a massive propaganda campaign against political opponents funded […]

ISLAMABAD: Chief Justice (CJ) Anwar Zaheer Jamali has remarked that court orders got entangled in administrative loopholes in Sindh. “Computerisation of the record has been completed in Punjab and land record in Sindh has not been computerised despite a lapse of several years. Work could not be done despite allocation of hefty amount,” he gave […] 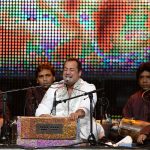