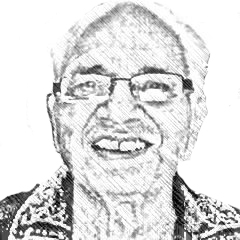 In the midst of all the excitement from Pakistan’s elections and the commentary emerging from it, it might be useful to look at the main issues that it raised. Of course, the very fact that the elections were held-not a regular feature in Pakistan-was important by itself. But its significance was lessened by the charge […]

China is a formidable opponent; whatever way one looks at it. Its economy is the second largest after the US, with its GDP projected to grow to $42 trillion in a dozen years compared to the US’ annual output of $24 trillion. Of course, it is not as simple as that when one considers the […]

When US President Donald Trump recognised Jerusalem as Israel’s capital and moved the US embassy there, it further compounded the continuing Palestinian tragedy, starting with the creation of the state of Israel. It was like the Palestinians were paying the price of European guilt over their horrible treatment of the Jews over the centuries. Even […]

The international world order that emerged after WW-II is undergoing a shakeup, though nobody knows for sure what might take its place. Before Trump became the US President, there were indications that he was going to be quite different beyond the norms of established political and diplomatic discourse. But there was also a hope that […]

The much-anticipated summit between the US President Donald Trump and the North Korean leader, Kim Jong-un, took place in Singapore, with saturation coverage in the international media. North Korea and its regime, generally derided as a rogue state suddenly found its leader as an international political superstar on par with the president of the US. […] 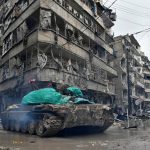 Just when one thought that things couldn’t get any worse, they did when Israel sent its warplanes to attack and destroy, what it claims, Iranian and Hezbollah weapons’ stockpiles and bases in Syria. It is not the first time that Israel has done this. It has conducted random aerial attacks a number of times before, […] 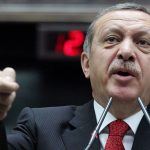 Turkey’s President Recep Tayyip Erdogan has Ottoman complex. He wants to restore his country’s historically old role and prestige. He finds his country and even himself to be surrounded by perceived enemies. At home, he is paranoid about the powerful elements in military that are allegedly conspiring to overthrow his democratically-elected government. As usual, he […] 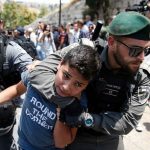 Jews were discriminated against in the West for the longest time. Violent anti Semitic riots periodically occurred throughout Europe and Russia for centuries. Jews were blamed for a great number of things, including the crucifixion of Jesus Christ. This anti-Semetic sentiment, eventually lead to the holocaust, which resulted in the deaths of six million European […]

First, there was Brexit — the referendum where the Brits voted to ‘exit’ European Union (EU). Even though the vote wasn’t overwhelming at 52 for ‘exit’ and 48 per cent for ‘remain’, the die was cast, which the Conservative government of Prime Minister Theresa May, after taking over from David Cameron who resigned after the […]

Sometimes one gets the feeling that the world is on the edge of a disaster. One miscalculated adventure by the US or North Korea holds a real prospect of a nuclear confrontation. Where it might end or how it might end is anybody’s guess. But the dreaded nuclear Armageddon is no longer outside the realm […]