The writer is a Health Scientist Administrator at the National Institutes of Health, Bethesda, Maryland and an Assistant Professor at the Harvard Medical School with a Ph.D from the University of Birmingham, England

MC Chagla (1900-1981), who served as chief justice of the Bombay High Court and India’s foreign minister, worked closely with Quaid-i-Azam Mohammad Ali Jinnah as his assistant for about seven years, starting in 1922. In his autobiography, Roses in December, Chagla provides some fascinating details about Jinnah, who was at the time one of the […]

Following the defeat of Napoleon Bonaparte, European powers held a conference at Vienna in 1814, known as the Congress of Vienna, to chart a new map of Europe. The gathering itself was more an occasion for celebration and merry making than a serious deliberative endeavor that went on for about a year. However, the Congress […] 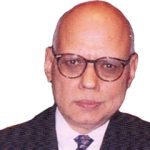 “England has no eternal friends, England has no perpetual enemies, England has only eternal and perpetual interests.”  Broadly applied, this timeless axiom of international diplomacy attributed to Lord Palmerston, British foreign sectary and later prime minister, is as true today as it was in the mid-nineteenth century when the British Empire was at its zenith. […]

Soon it will be eighty years since the Spanish Civil war ended, but its legacy of bitterness and acrimony endures. As a graduate student in England, I visited Spain for the first time in my summer vacation in 1962. In those days, unlike now, few people travelled across Europe for holidays because it was too […]

Today, little more than a century later, it is impossible to imagine the wild enthusiasm and warm sentiments with which members of the Indian medical team returning from their mission to Ottoman Turkey were greeted on July 10, 1913, at Delhi railway station. It is said that even the oldest inhabitants of Delhi could not […] 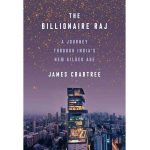 The American humorist and essayist, Mark Twain (1835-1910), popularized the phrase, ‘the Gilded Age’, by using it as the title of one of his earlier books. It refers to the period of late nineteenth century in America when many people accumulated an incredible amount of wealth in a short period of time. However, their wealth […]

In one of his early poems, Ek Arzoo, (Bang-e-Dara), Allama Iqbal had sought and longed for a state of absolute solitude where he could be by himself, surrounded by raw natural beauty, flowing streams and cool mountains. It represented to him the highest state of contentment. However, in modern times, involuntary loneliness has become a […] 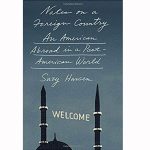 Since the days of the Ottoman Empire, Turkey has been viewed by Europeans as an exotic place, part of the mysterious East. Of the several chronicles authored by the European travelers in and around the 18th century, one of the most notable was the fascinating account drawn from letters written by Lady Mary Montagu in […]

The quote ‘In international relations, there are no permanent friends or permanent enemies, only permanent interests’ is attributed to Lord Palmerston, the nineteenth-century British prime minister (1855-1865). The axiom, however, is as true today as it was in his days, one-and-half century ago. The latest affirmation of this universal principle was on display at the […] 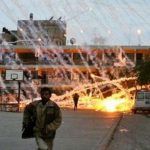 Israel has used targeted assassinations as a state policy since its birth in 1948. In a recent book, Rise and Kill First, Ronen Bergman, an Israeli journalist and investigative reporter, has narrated graphic details of how the Israeli government and its spy agency Mossad target and execute those whom it perceives to be its enemies, […]