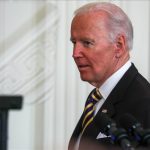 Washington: The United States on Wednesday expressed sorrow over a devastating earthquake in Afghanistan and said it would look for ways to help, including through potential talks with Taliban rulers. “The United States is deeply saddened to see the devastating earthquake that took the lives of at least 1,000 people in Afghanistan,” said Jake Sullivan, […] 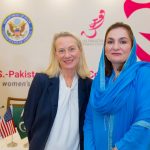 WASHINGTON: Pakistan’s Ambassador to the United States, Masood Khan, has told visiting Pakistani women entrepreneurs to take advantage of the opportunities to expand their businesses  through US development promotion entities as well as International Financial Institutes (IFIs).  The entrepreneurs, numbering seven, are visiting the United States as part of “Accelerator Programme for Women Entrepreneurs”, sponsored […] 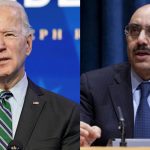 WASHINGTON: Pakistan’s Ambassador to the United States, Sardar Masood Khan, visited the White House to “meet and greet” President Joe Biden and have an official photograph with him,  an established tradition here for newly appointed envoys, according to a press release issued by Pakistani embassy on Tuesday afternoon. During the ceremony, the press release said, […] 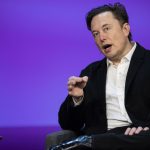 New York: Elon Musk threatened Monday to withdraw his bid to buy Twitter, accusing it of failing to provide data on fake accounts, in the latest twist in the Tesla billionaire’s push to acquire the social network. Twitter has committed “a clear material breach” of its “obligations under the merger agreement and Mr. Musk reserves […] 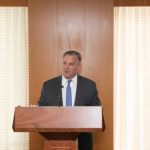 ISLAMABAD: United States (U.S) Ambassador to Pakistan Donald Blome on Saturday said that Pakistan and U.S have a long-standing partnership and rich history of relations. According to a video message issued by Ambassador Donald Blome on Twitter, he said: “We are proud of our long-standing partnership with Pakistan. Our relationship began 75 years ago, very […]

Uvalde, United States: Before he opened fire in a Texas elementary school killing 19 small children teenager Salvador Ramos first shot his grandmother, officials said.         The 18-year-old, who died when police tried to arrest him, was a US citizen and a student in Uvalde, a small community near the Mexican border where […]

WASHINGTON: The United States doesn’t “single India out” on its human rights violations and pursuit of anti-Muslim policies, US National Security Adviser Jake Sullivan has said, ahead of President Joe Biden’s meeting with Indian Prime Minister Narendra Modi in Tokyo Tuesday,  on the sidelines of the Quad summit. Quad, officially the Quadrilateral Security Dialogue, is […]

NEW YORK: Foreign Minister Bilawal Bhutto Zardari in his virtual meeting on Thursday with Congressman Adam Smith, Chairman, US House Armed Services Committee, briefed him on the Indian illegal actions of August 5, 2019 in Indian Illegally Occupied Jammu and Kashmir (IIOJK) and its continued atrocities against the Kashmiri people. The foreign minister specifically drew […] 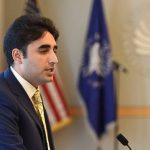 ISLAMABAD: Minister for Foreign Affairs Bilawal Bhutto Zardari Wednesday said Pakistan was calling for increase in humanitarian efforts for Afghanistan and underscoring that collapse of the economy of Afghanistan should be averted. In an interview to CNN television, he said economic collapse in Afghanistan would have disastrous consequences for the people of Afghanistan. The minister […] 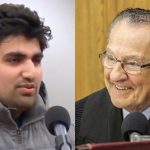 A Pakistani student won the heart of an American judge through his conduct and sweet talk and got the reward he deserved.  Ahmad Salman, a Pakistani student studying cybersecurity in the United States of America, appeared in the court of Judge Frank Caprio after receiving three parking tickets some time ago.  During questioning by Judge […]