A sub-inspector of Punjab Police – who pulled his gun on a female protestor during PTI’s Azadi Marchi on May 25 – has been dismissed from service, a private TV channel reported. Punjab Home Minister Muhammad Hashim shared this on his official Twitter handle on Monday evening. In the tweet, the provincial minister wrote, “Sub-Inspector […]

Taliban fighters beat women protesters and fired into the air on Saturday as they violently dispersed a rare rally in the Afghan capital, days ahead of the first anniversary of the hardline Islamists’ return to power. Since seizing control on August 15 last year, the Taliban have rolled back the marginal gains made by women […]

Football fans and holidaymakers faced travel woe Saturday as train drivers walked out across the UK, the latest in a series of industrial strikes amid spiralling inflation. Members of the Aslef union at nine train companies are staging a 24-hour strike over pay and working conditions, bringing large parts of the network to a standstill, […] 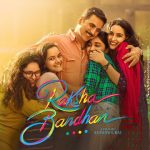 Akshay Kumar’s Raksha Bandhan fell by 30% on its second day of release, after a poor showing on opening day. The film, directed by Aanand L Rai and released in conjunction with the Raksha Bandhan holiday on Thursday, is said to have made Rs 6 crore on day two, according to a Box Office India […]

Taliban violently disperse rare women’s protest in Kabul and fired into the air on Saturday days ahead of the first anniversary of the hardline Islamists’ return to power. Since seizing control on August 15 last year, the Taliban have rolled back the marginal gains made by women during two decades of US intervention in Afghanistan. About 40 women — chanting “bread, […]

Hungarians stage protest amid fuel crisis:  Thousands of Hungarians have demonstrated against an easing of logging regulations to meet the rising demand for firewood in the midst of Europe’s worsening fuel crisis. The cabinet of Hungarian Prime Minister Viktor Orban decided earlier this month to relax logging regulations, citing the impact of the Ukraine conflict […]

Unidentified gunmen killed four policemen in Butembo in eastern Democratic Republic of Congo on Friday, the army said, during a protest against insecurity in the troubled region. The town’s military commander Colonel Mozebo E’pape said armed men had blended in with the crowd of protesters and then shot at policemen who were supervising the demonstration. […]

MANCHESTER: Tottenham lived up to pre-season hype they could challenge for the Premier League title by going top of the table on the opening weekend of the season, but face a truer test of their credentials away to Chelsea on Sunday.Antonio Conte has been heavily backed in his first full season as Spurs boss with […] 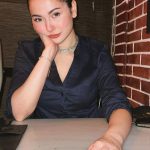 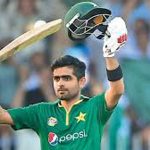 LAHORE: Pakistan skipper Babar Azam said Thursday that all Pakistan vs India clashes create pressure on players as the Men in Green get prepared to face their arch-rivals in Asia Cup.”We always try to play it like a normal match, but yes, there is definitely different pressure on us,” the Pakistan skipper told a pre-departure […]