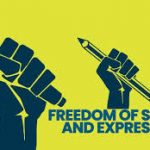 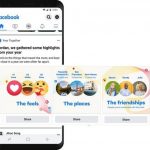 Meta, the parent company for Facebook and Instagram has launched a new feature called ‘Year in Review.’ On Facebook, users can share personalized ‘Year in Review’ posts that highlight friends, places, and people that have been an important part of 2021. The latest feature presents highlights of peoples’ years on the platform and customizes them […]

In a bid to continue its crackdown against online abusers and wrongdoers, Meta-owned WhatsApp has banned more than 2 million Indian accounts, says the company’s latest compliance report.  The Meta-owned encrypted messaging app banned 2,069,000 accounts through its abuse detection technology. It operates at three stages of an account’s lifestyle: at registration, during messaging, and […]

Students at Government College University, Lahore, are creating and getting to witness the magic we all experienced watching Harry Porter movies. The college is hosting a week long Harry Potter Festival and screening of ‘The Last Follower And The Resurrection Of Voldemort’ which is Pakistan’s first-ever fan-made Harry Potter film. Stills from the […] 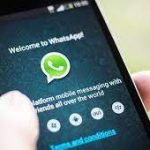 Popular messaging app Whatsapp has introduced the “make sticker” feature for it’s web version as part of their most recent version update, WABetainfo reported on Tuesday.   The new feature enables the user to send and receive photographs as stickers. A new button with an add sign will show on the panel displaying sticker […]

The Minister of State for Information and Broadcasting Farrukh Habib Thursday said that PTI-led government is introducing large-scale reforms in media houses to improve its performance, ensure job security of its workers and to protect freedom of the press. The government will introduce reforms in large media outlets to protect press freedom. “The Media regulatory […] 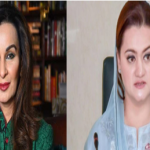 FAISALABAD: A protest rally against the Israeli bombing of innocent Palestinian people and media outlets was staged by the Faisalabad Union of Journalists (FUJ) on the call of the Pakistan Federal Union of Journalists (PFUJ) here on Tuesday. Several civil society organizations and human rights organizations, including the Association of Women for Awareness and Motivation […]