Aima Baig, a well-known Pakistani singer, has shown another talent by deceiving the Federal Board of Revenue (FBR), which froze her bank accounts but later discovered they were empty. Due to the singer’s failure to pay a large amount of income tax, her bank accounts ended up being sealed by the FBR, however, the ‘cunning’ […] 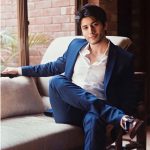 Pakistan’s sweetheart Sushmita Sen, a Bollywood Diva, appears to be a fan of Danyal Zafar from across the border. Sushmita Sen, a former Miss Universe and Bollywood actor, has been listening to Danyal Zafar’s popular hit ‘Udd Chaliye’ on repeat, according to the celebrity. The pageant winner used the photo and video sharing site Instagram […]

Actor Yasra Rizvi has clarified the divorce rumours that have been circulating on social media for quite some time. The Dunk star, who married Abdul Hadi in 2016, addressed the rumours about her divorce on Instagram. In May of this year, they had their first child, a son named Ibn e Adam. “From 3 years […] 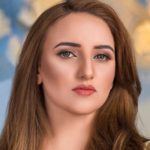 Pakistani TikToker Hareem Shah has taken to her social media record to post a video in which she has talked about Farooq Sattar and Fayaz ul Hassan Chohan.  Hareem Shah has faulted the two political figures for criticizing the TikToker while acting pious before the populace.  While passing on a message straightforwardly to Fayaz ul […] 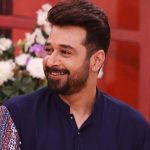 Pakistani actor Faysal Quraishi joined in the fun by making fun of his viral video.  Faysal, who is right now hosting a game show, has recreated another adaptation of his notorious clip of lashing out at one of the members, Muskan.  The Fitoor actor was joined by his on-screen sidekick, Aijaz Aslam.  While going to […] 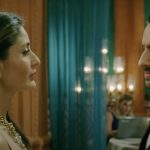 Indian actors Kareena Kapoor Khan and Saif Ali Khan, last year during the lockdown, declared that they are going to be a family of four. On February 21, Kareena gave birth to her second child. Presently, the couple has uncovered the name of their kid. They have allegedly named their child, Jeh.  It is reported […] 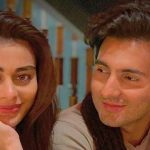 Pakistani actor Shahroz Sabzwari disclosed his reason behind marrying Pakistani model and actor Sadaf Kanwal. In a recent interview with Nida Yasir, the Nand actor said that it was fate which had played the matchmaker between the two actors. Shahroz Sabzwari said that he always found her gorgeous and that they had met once or […] 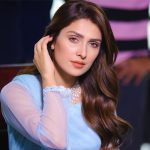 Pakistani actor Ayeza Khan has channeled her inner Sridevi when she shared her pictures on Instagram. Ayeza Khan took to her Instagram to share pictures where she is decked out in a yellow sari inspired by Sridevi. She wrote in the caption, “Geeti As Sri devi Jee,” followed by a yellow heart. One fan even […] 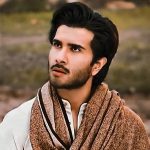 Pakistani actor Feroze Khan is known to be very unpredictable and this time around he has left fans scratching their heads. Feroze Khan first made news when he announced that he was leaving showbiz, however, he joined the acting industry again to pursue his passion. His confused behaviour had caused an uproar in the industry […] 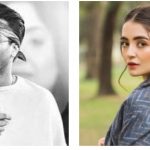 Pakistani singer Asim Azhar has put any misinformation to rest about his supposed commitment to actor Merub Ali, likewise explaining that screenshot captures of his talk with a fan in which he calls Merub his ‘sister’ are doctored.  There were rumours about Asim getting engaged to Merub, an Instagram model. The screenshot that is making […]