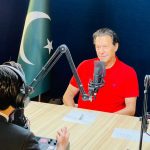 PTI Chairman Imran Khan has claimed his former associates Aleem Khan and Jahangir Khan Tareen of attempting to get illegal favors from him, claiming that disagreements arose when he denied them. In a podcast released on Thursday, the former prime minister stated, “Aleem Khan expected me to legalise his 300-acre land near Ravi,” adding, “I […] 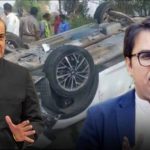 LAHORE: Prime Minister Shehbaz Sharif has directed the authorities concerned to hold investigattion into accident of PTI leader Dr. Shahbaz Gill occurred on Lahore-Islamabad motorway on Thursday.   Taking notice of the accident, he said all requisites of justice should be met while holding the investigation. The Prime Minister expressed sympathy with the victims of accidents […] 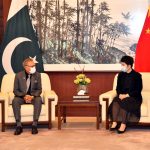 In order to express solidarity with the people and the Government of China, President Dr Arif Alvi Saturday visited the Embassy of China and offered his heartfelt condolences over the loss of precious lives of Chinese nationals in terrorist attack that took place in Karachi on April 26 April. Talking to the Charge d’ Affaires, […] 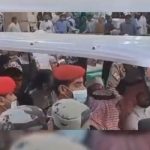