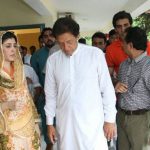 ISLAMABAD: Election Commission of Pakistan (ECP) on Tuesday dismissed the disqualification reference filed against disgruntled Pakistan Tehreek-e-Insaf (PTI) member and MNA Ayesha Gulalai. Gulalai will remain as a member of the National Assembly from PTI. According to details, two members of the five-member bench led by Chief Election Commissioner Justice (retd) Sardar Raza Khan had opposed […] 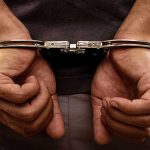 LAHORE: At least 37 people who are suspected of involvement in criminal activities were arrested late Monday, after police and Rangers carried out a joint search operation in the city’s Naulakha ‘Landa’ Bazaar area. Law enforcement agencies checked the details and documents of the arrested through Android biometric verification systems and stated that they would be […] 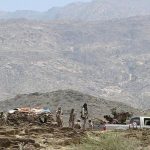 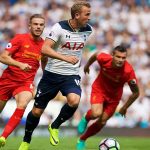 LONDON: Harry Kane scored twice for Tottenham Hotspur in a 4-1 victory over an abject Liverpool team on Sunday that left the Merseyside club’s Premier League title hopes in tatters. Kane struck early in each half, book-ending goals from Son Heung-Min and Dele Alli, with Mohamed Salah netting in reply in front of a record […] 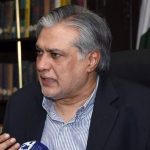 ISLAMABAD: The accountability court hearing an assets reference case against Finance Minister Ishaq Dar resumed proceedings on Monday and two witnesses recorded their statements during the court proceedings and got cross examined by Khawaja Harris. Dar’s counsel Khawaja Harris who returned to Pakistan after missing the last hearing, had a verbal joust with National Accountability […] 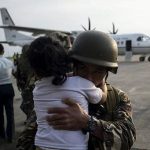 US Defence Secretary James Mattis on Monday praised the Philippines for its successes in battling Islamic State supporters, as he began an Asian trip aimed at reaffirming American support for regional allies. Mattis echoed Philippine President Rodrigo Duterte’s statement last week that Filipino forces had “liberated” the southern city of Marawi, after five months of […] 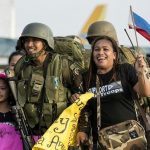 A five-month battle against Islamic State supporters in the southern Philippines that claimed more than 1,000 lives has ended, the nation’s defence secretary said on Monday. “We now announce the termination of all combat operations in Marawi,” Defence Secretary Delfin Lorenzana told reporters on the sidelines of a regional security meeting in Clark, a northern […] 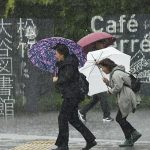 A powerful typhoon left two dead, two missing and dozens injured in Japan Monday, moving northward off the Pacific coast after millions struggled to the polls for a national election. Authorities advised thousands living in coastal areas or near rivers to evacuate to shelters before Typhoon Lan, described as “very large and very strong”, hit […] 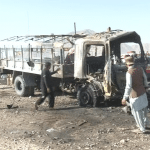 QUETTA: An IED blast targeted a police vehicle in Quetta’s Hazar Ganji area today (Monday). According to sources, the explosion left several people injured and damaged the vehicle which was on a routine patrol in the area. Loss of life is yet to be reported as a result of the incident. Bomb disposal squad and other security […] 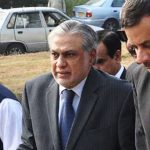 ISLAMABAD: The accountability court hearing an assets reference case against Finance Minister Ishaq Dar resumed proceedings today (Monday) in the assets reference case. This marks Dar’s seventh appearance at the judicial complex at Judge Mohammad Bashir’s Accountability Court. During the last hearing, the court adjourned proceedings till October 23 due to the absence of Ishaq […]