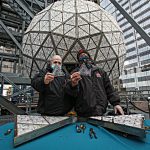 Nearly 200 new Waterford crystals were installed on the New Year’s Eve ball in Times Square in New York in preparation for Saturday’s celebration to welcome 2023. Since 1999, replacements for the 2,688 crystal panels that make up the ball have been designed and made by hand by Irish craftsmen at Waterford. Each year, a […] 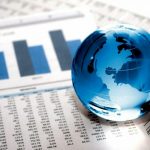 This was supposed to be the comeback year for the world economy following the Covid pandemic. Instead, 2022 was marked by a new war, record inflation and climate-linked disasters. It was a “polycrisis” year, a term popularised by historian Adam Tooze. Get ready for more gloom in 2023. “The number of crises has increased since […] 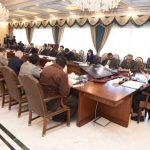 Prime Minister Shehbaz Sharif on Wednesday said the development of agriculture sector is the guarantor of food security and directed the acceleration of the implementation of Kisaan Package to facilitate the farmers. He expressed these views while chairing a review meeting on the historic Kisaan Package introduced by the government for the development of agricultural […] 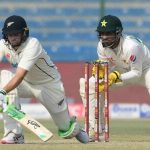 Tom Latham cracked a brilliant century Wednesday while fellow-opener Devon Conway missed out on one of his own by eight runs as New Zealand replied strongly to Pakistan on the third day of the first Test in Karachi. Latham’s 13th hundred — the most by a New Zealand opener — took the visitors to 245-2 […] 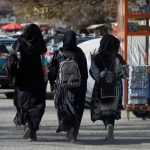 Stepping up the pressure on the Taliban, the UN Security Council has called for the full, equal and meaningful participation of women and girls in Afghanistan, denouncing a ban on women attending universities or working for humanitarian aid groups. “The members of the Security Council are deeply alarmed by reports that the Taliban have suspended […] 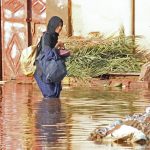 PARIS: Catastrophic floods, crop-wilting droughts and record heatwaves this year have shown that climate change warnings are increasingly becoming reality and this is “just the beginning”, experts say, as international efforts to cut planet-heating emissions founder. The year did see some significant progress, with major new legislation, particularly in the United States and Europe as […]

AL KHOR: England missed a chance to book their place in the World Cup last 16 as Gareth Southgate’s side produced a limp display in their 0-0 draw against the United States on Friday. Southgate’s men would have been guaranteed to advance from Group B with a victory in their second game of the tournament, […]

The Pakistan Tehreek-e-Insaf (PTI) is set to stage its power show in Rawalpindi today (Saturday), despite the security warnings issued by the intelligence agencies. PTI on Friday got permission for its public gathering in the garrison city but changed the venue from Faizabad to Rehmanabad on Murree Road. PTI Chief Imran Khan will join his […] 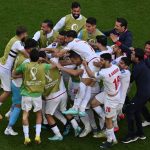 Iran claimed a famous 2-0 victory over 10-man Wales on Friday as Carlos Queiroz’s men scored two goals deep into added time to keep their Fifa World Cup campaign alive. The Iran players, who sang the national anthem before kick-off, sent their thousands of supporters at the Ahmad Bin Ali Stadium delirious by beating a […]