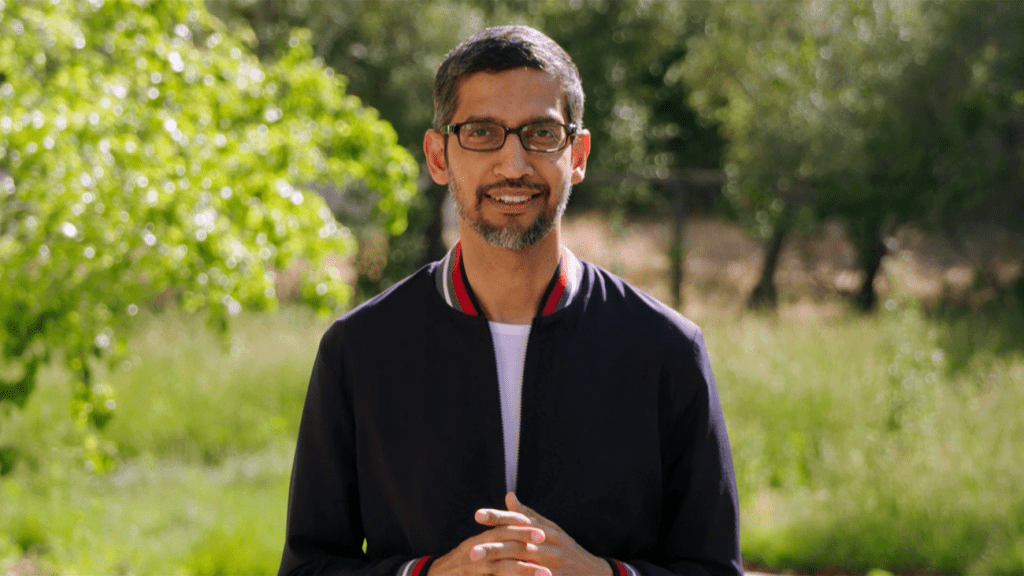 Google CEO Sunder Pichai visited the Indian Embassy in Washington and met with India’s Ambassador to the United States, Taranjit Singh Sandhu, to discuss various elements of the tech company’s efforts in the country, including its aggressive drive toward digitalization.

“Thank you” Ambassador Sandhu for the fantastic talk, Mr. Pichai tweeted following his late-week visit to the Indian Embassy in downtown Washington, DC. A major Indian American tech CEO has visited the embassy in Washington for the first time.

“Appreciated the chance to discuss Google’s commitment to India and look forward to continuing our support for India’s digital future,” said Mr. Pichai, who in January this year was named among the 17 awardees to receive Padma Bhushan.

“Technology that transforms; ideas that enable!” tweeted Mr. Sandhu. “Delighted to receive” Google and Alphabet CEO Sundar Pichai at the Embassy, he said.

Under Mr. Pichai’s leadership, Google has made significant investments in India and exponentially increased its impact in a variety of industries, including youth education.

Technology that transforms; ideas that enable!

It has announced a $10 billion investment under Google for India digitalization. It also has collaborations with Reliance Jio and Bharti Airtel. Furthermore, it is collaborating with India on workforce development and skill development. They are collaborating with the government on the Digital India Program as well as the national digital literacy drive.

During the discussion with the Indian Ambassador, Mr. Pichai expressed his appreciation for the measures taken by India and emphasized how Google views India in a very good light. The Ambassador emphasized the relationship between knowledge and education.

During the discussion, the Google CEO is believed to have discussed several methods to advance the company’s engagement with India, notably in the education sector. They also emphasized Google’s participation in digitization projects in India, such as digital payments and infrastructure digitization. According to the Indian Ambassador, Google is an important partner in India’s digital transformation, which is a government priority.

Notably, Google and its parent company Alphabet were key players in the COVID-19 dispute last year. They made significant investments in India and were members of a worldwide task force of American CEOs organized for this reason.

The Indian government is reaching out to more American CEOs. Earlier this month, Commerce and Industry Minister Piyush Goyal visited California and spoke with a number of Silicon Valley CEOs.

Mr. Sandhu met with a number of CEOs during his recent trips to India. He also attended universities in Silicon Valley, which is recognized as a creative hotspot.

They also hosted a number of venture capitalists and start-up entrepreneurs in San Francisco as part of India’s ongoing drive to boost interaction with the American IT sector.