Youthful Spain streak away from France to win Eurobasket 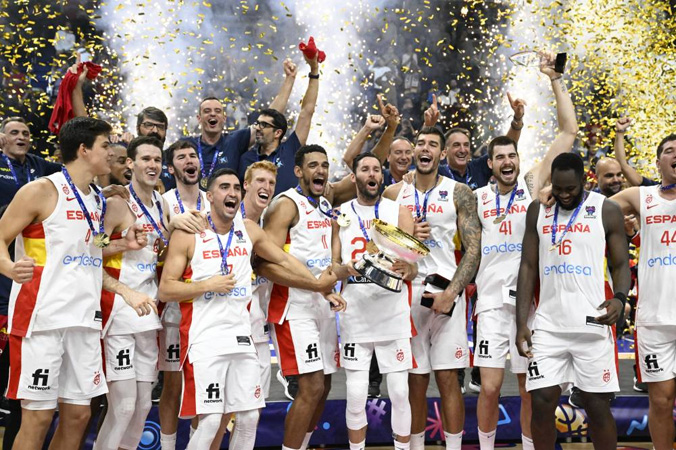 BERLIN: Spain started fast, racing to a 10-point lead, and then held off an experienced French team the rest of the way to win the Eurobasket final 88-76 in Berlin on Sunday. Even though Spain was using this tournament to rebuild, with eight of their 12-man squad in their first international tournament, they continued to dominate Europe. This was their fourth Eurobasket title in the last six tournaments. Spain led by as many as 21 points in the second quarter and although France closed to within three in the third, Spain responded with nine straight points and were never threatened again. The scoring was dominated by NBA players, Juan Hernangomez, a power forward who has just been traded to the Toronto Raptors, had 27. Evan Fournier, a New York Knicks guard was top scorer for the French with 23. In the third-place playoff hosts Germany crushed Poland 82-69 with Dennis Schroeder scoring 26.