Gauri gives dating advice to Suhana in ‘Koffee with Karan 7’ 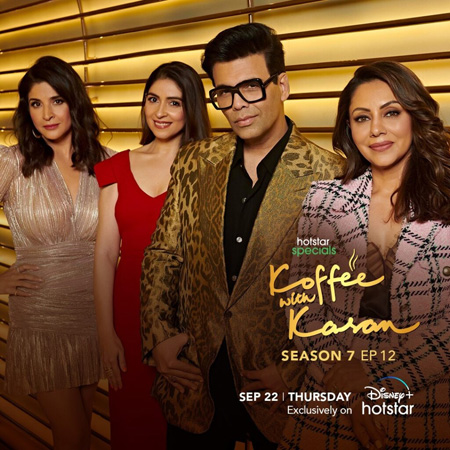 The producer will be accompanied by Bhavana Pandey and Maheep Kapoor. Together the three ladies will spill a lot of beans bringing in humour, wit and candid elements on the upcoming episode of the show.

In the promo, filmmaker Karan Johar introduces the three gorgeous ladies and asks Gauri about the dating advice she will give to her daughter Suhana. Khan replied: “Never date 2 boys at the same time.”

Meanwhile Maheep Kapoor joked that she would look great with actor Hrithik Roshan.

Moreover, Gauri also mentioned that if her love story with Shah Rukh Khan had to be titled, it would be Dilwale Dulhaniya Le Jayenge.

The last episode of the Koffee with Karan 7 had actors Anil Kapoor and Varun Dhawan. The two of them surely entertained the audience with their wit and humour, reports PinkVilla.