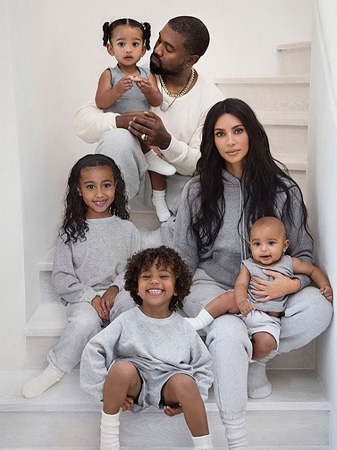 Kanye West is speaking out about his family dynamic. The rapper detailed his co-parenting lifestyle with ex-wife Kim Kardashian, who filed divorced papers in February 2021 after six years of marriage. The duo, who went public with their relationship in 2012 and married in 2014, share four children together: North West, 9, Saint West, 6, Chicago West, 4, and Psalm West, 3.

“Even to this day, I’ll still give Kim advice on things that can help, because that’s gonna go to the kids,” Kanye said on the Mind Full podcast. “She’s still got to, basically, 80 percent of the time, raise those children.”

When the SKIMS founder filed divorce papers, she cited irreconcilable differences as the reason for split and requested for joint legal and physical custody of the four children. He also requested joint custody in his official response in April 2021. Though divorce proceedings between Kanye and Kim are still underway, the KKW Beauty mogul was declared legally single in March 2022.

In his latest podcast episode, Kanye further spoke about control.

“Everybody wants everyone so doped out, so controlled out, that you’re not allowed to even stand for the things you’re handing to your family,” the Donda 2 artist said. “The idea of taking control and opinions away from the mother or the father, takes away a person’s meaning and life.”

He added that it “doesn’t matter how much money you have, the meaning that’s going to be directly your church-your home was your original church.”

Kanye’s appearance on the podcast comes days after the Yeezy founder and Gap terminated a partnership.