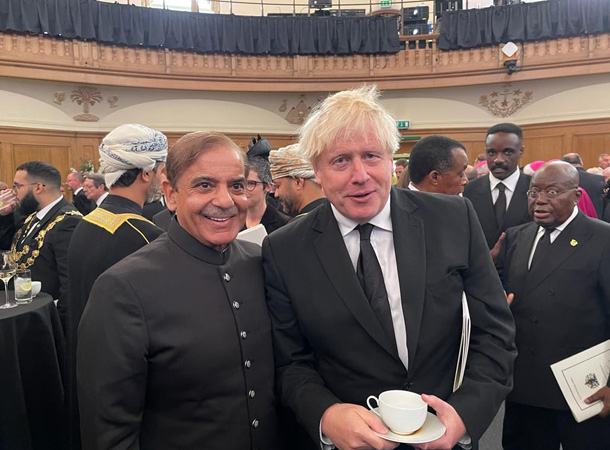 Prime Minister Shehbaz Sharif on Monday joined world leaders and members of the royal family at the state funeral of Queen Elizabeth II, held at the Westminster Abbey. The prime minister especially flew in to attend the last rites and funeral of the Queen, who passed away on September 8 at the age of 96. Over 500 representatives from other countries, including United States President Joe Biden, China’s Vice President Wang Qishan, Japan’s Emperor Naruhito and Empress Masako, Jordan’s King Abdullah, Belgium’s King Philippe, and Queen Mathilde, and 2,000 royal family members attended the Westminster Abbey Service ahead of the Queen’s funeral later in the evening. The prime minister also penned his condolatory message in the official condolence book at the Church House, conveying grief to the royal family, the people, and the Government of the United Kingdom over the demise of Queen Elizabeth II. Earlier, the prime minister was received at the Great West Door by the Dean and Chapter of Westminster, and escorted to his seat in the Lantern.