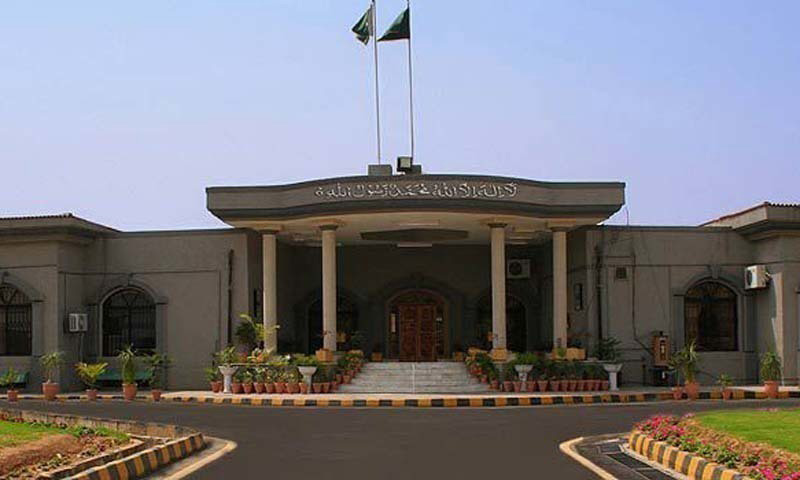 The Islamabad High Court (IHC) on Monday ordered to remove the clauses of Anti-Terrorism Act (ATA) from FIR against Pakistan Tehreek-e-Insaf (PTI) Chairman Imran Khan pertaining to his remarks about a woman judge and police high ups. A two-judge bench headed by Chief Justice Athar Minallah heard the case filed by former prime minister Imran Khan challenging FIR against him. At the outset of hearing, Special Prosecutor Rizwan Abbasi said that section 186 had already been removed from the FIR. He said that the joint investigation team had opined that the ATA sections could be applied in this case. Chief Justice Athar Minallah observed that two cases of ATA were registered against Faisal Raza Abdi but he was acquitted. The Supreme Court had interpreted the anti-terrorism law in detail, he said. The court noted that the police had not submitted its challan in compliance of its orders.

Imran Khan’s lawyer adopted the stance that his client had also talked about a legal action against IGP and DIG, adding that the complaint should had been filed by the affectees. He said the ATA sections could be applied only if the environment of terror or fear was created. The case would give negative impression at international level. The lawyer said that the FIR was registered against his client under ATA on mere a speech to a public rally. After listening arguments, the court reserved its judgment and later ordered to remove the ATA sections from FIR. The court, however, said that the trial would continue under the remaining sections in the case.

It may be mentioned here that the Islamabad police had registered an FIR against Imran Khan on his threatening remarks about additional session judge Zeba Chaudhry and police officials during his speech at F-9 Park. The anti terrorism court, however, had granted interim bail to the accused.