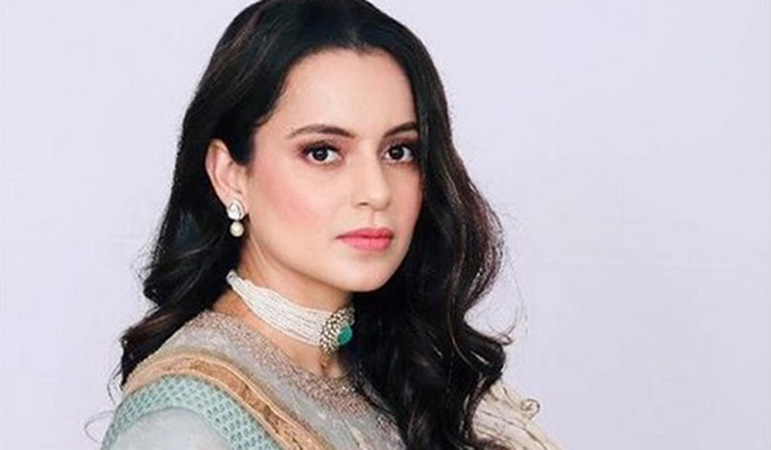 Lately, Bollywood actress Kangana Ranaut is making headlines as she is shooting for her upcoming film titled Emergency. From sharing the first-look poster of her co-stars to giving a peek into the behind-the-scene of the biopic, Ranaut is keeping her fans updated.

Making another addition to her Emergency shooting diary, Kangana shared another post on Saturday.

However, the Panga actress’s caption left many from her Instagram fam lost in deep thought as she talked about the identity crisis while playing former Prime Minister of India, Indira Gandhi. While the first picture captured Ranaut as Indira Gandhi on the sets of Emergency, the second shot is a portrait of the actress. “Today is a break day, I don’t call it a break I call it a pause day”, wrote Kangana.

The Simran actress further added, “On such a blank beat you wonder where did you lose yourself….. You dissolve in the character and find that nothing of you is left in you.

You see your own pictures like a stranger and wonder will you ever be the same ….. the truth is you can never go back to being the same person, once a character has happened to you it remains like a scar on the soul, like the darkness of the night, like the glow of the moon, like a realisation you can’t own, like a million shinning suns, like the dizzying heights of the mountains and suffocating depths of the sea….. a character will remain regardless of you”.

Sharing the same image on the story section, the 35-year-old actress gave it a hashtag that read, ‘identity crisis’.

The film, as the title suggests, is based on the emergency period in India between 1975-1977 announced by Prime Minister Indira Gandhi.