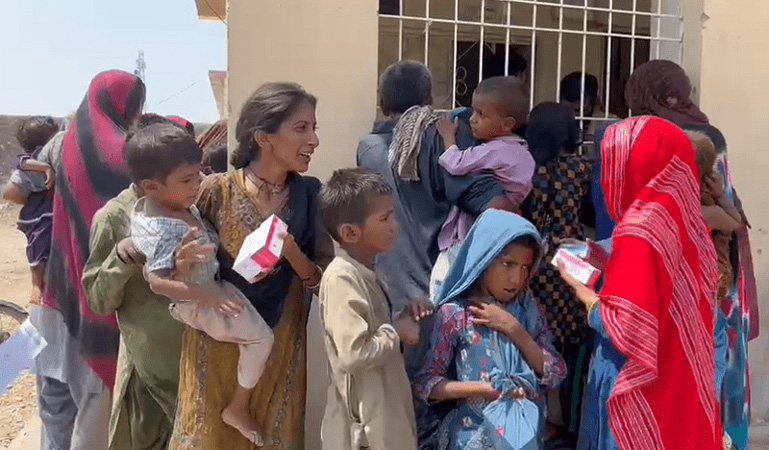 The World Health Organization (WHO) has sounded the alarm over an impending ‘second disaster’ of disease and death as concerns grow over the spread of water-borne diseases among the flood-hit people in Sindh.

“I am deeply concerned about the potential for a second disaster in Pakistan: a wave of diseases and deaths following this catastrophe linked to climate change that has severely impacted vital health systems leaving millions vulnerable,” WHO Director General Dr Tedros Adhanom Ghebreyesus said in a statement.

He maintained that water supply is disrupted, forcing people to drink unsafe water, which can spread cholera and other diarrhoeal diseases. He said that stagnant water enables mosquitoes to breed and spread vector-borne diseases such as malaria and dengue. “Health centres had been flooded, their supplies damaged and people had moved away from homes which made it harder for them to access their normal health services,” he added.

He pointed out that health workers in the country were stretched to the limit as they did all they could do to deliver critical services amid the destruction. “Nearly 2,000 health facilities have been fully or partially damaged.” He said the WHO had provided water purification kits and oral rehydration salts to manage diarrhoeal diseases.

WHO immediately released $10 million from the WHO Contingency Fund for Emergencies which enabled us to deliver essential medicines and other supplies to the country, he added.

He also thanked donors for their “prompt response” to the United Nations’ flash appeal. “We continue to assess the scale of the crisis and will issue a revised appeal shortly,” he said.

The Sindh health department, meanwhile, said a total of 2.5 million patients had been treated at different medical camps across the province from July 1 to date. As many as 594,241 patients were treated for skin-related diseases, followed by diarrhoea (534,800), malaria (10,702), dengue (1,401), and other diseases (1,207,451), stated a report by the Sindh Directorate General Health Services.