* Selma said she's motivated in part by the support of her friends, family and even her Instagram followers, who have been cheering her on as she battles multiple sclerosis 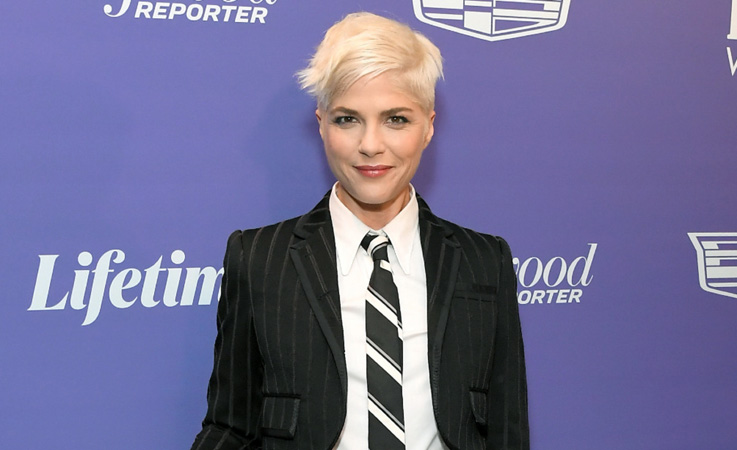 Selma Blair is ready to get her dance on. The Legally Blonde actress is set to compete on season 31 of Dancing with the Stars this fall, alongside partner Sasha Farber. “I’m so excited,” she told E! News exclusively on Sept. 9. “I’m so happy, so invigorated by this. I’m someone that historically might have a little dread for things-no dread!”

Selma said she’s motivated in part by the support of her friends, family and even her Instagram followers, who have been cheering her on as she battles multiple sclerosis, which she was diagnosed with in 2018. “This is a new chapter of growing my stamina and really healing,” she added. “Not just healing, but finding strength and support.”

The actress continued, “It is for the viewer, because that is what’s given me support. In dark times in my life, there have been people that came forward-strangers on the street or Instagram… I’m doing it for them.”

More than that, it’s important for Selma that she represents people with disabilities, especially if it’s on a show as big as Dancing with the Stars. “Kindness and visibility is so important, to explore, be curious and expose people to differences of speech or movement,” she explained. “It’s for everyone at home that it resonates with.”

And while Selma is looking forward to dancing herself, she’s just as eager to see her competitors, including Jordin Sparks and Teresa Giudice, shake and shimmy on the floor. “I’m going to be cheering people so much,” she said. “I think I’m going to have to remember to save my energy for everything that I want to do.”

Dancing with the Stars premieres live on Disney+ Sept. 19.