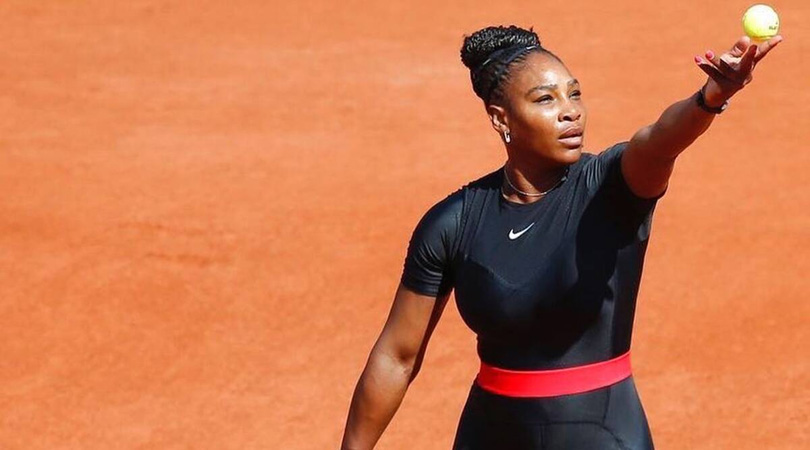 Serena Williams is the GOAT on and off the tennis court. All eyes were on the tennis champion as she commanded the room to open the Vogue World runway show during New York Fashion Week on Sept. 12.

While the tennis champion most definitely had an all-star moment, she didn’t walk alone. Four young girls, who were dressed in white tennis attire and holding rackets, adorably accompanied Serena down the catwalk.

And as the 40-year-old glided through the runway, her 2000 interview with NBC-where she discussed her Wimbledon match tournament-played in the background: “I want people to remember me as the girl who changed tennis, or just was able to bring something new to the game.”

The recording couldn’t have been more poignant, especially since Serena announced she was “evolving away” from tennis in a cover story for Vogue’s September 2022 issue.

“I’ve been thinking of this as a transition,” she wrote in part. “Maybe the best word to describe what I’m up to is evolution. I’m here to tell you that I’m evolving away from tennis, toward other things that are important to me.”

According to Olympic gold medalist, growing her family with husband Alexis Ohanian is one of her priorities. The two are already parents to 4-year-old daughter Alexis Olympia Ohanian Jr.

“If I have to choose between building my tennis résumé and building my family,” she said. “I choose the latter.”

Of course, Serena wasn’t the only A-lister to take Vogue World by storm.

The event, which the magazine called a blend between a fashion show and street fair, included guests such as Gigi Hadid, Kendall Jenner, Emily Ratajkowski, Kanye West, Kourtney Kardashian and a dozen more stars.