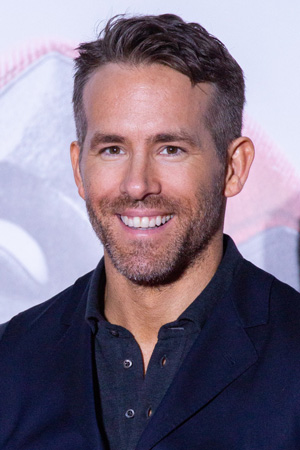 Ryan Reynolds is turning his medical scare into an educational moment. The Free Guy actor recently underwent his first colonoscopy and learned he had a polyp on his colon.

Ryan’s doctor revealed the results of the process, as seen in a video the 45-year-old shared on Instagram on Sept. 13.

“You did such a good prep that I was able to find an extremely subtle polyp that was on the right side of your colon,” Dr Lapook told Ryan. “This was potentially life-saving for you. I’m not kidding. I’m not being overly dramatic.” The operation is not one that Ryan takes lightly, and he filmed the experience to share with the world. As for what pushed him to put the process on camera? It all started with a bet. Ryan, who is the co-chairman of Welsh football team Wrexham AFC, made a wager with fellow co-chairman Rob McElhenney that if Rob could learn some of the language Welsh, Ryan would have to film a video getting a colonoscopy. Well, Ryan lost the bet, but he won critical information on his health.

In the LEAD FROM BEHIND launch video, Ryan took viewers with him for the procedure, showing the moments right before and after. As for how he felt about putting this milestone on camera? He teased, “We’re filming it, which is also just like awful.”

Now, undergoing any medical procedure might be tough, not to mention putting it on camera. “I’ve been on camera a lot. But this was the first time one was shoved up my ass,” Ryan noted. “The procedure and prep were painless but the discomfort of filming and sharing the process was the hardest part.”

But despite that discomfort, Ryan and Rob both broadcasted their colonoscopy visits for a greater purpose.