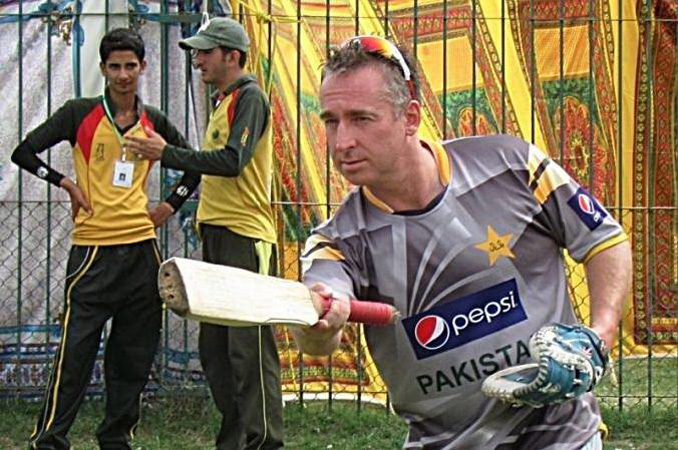 LAHORE: The PCB Pathway Programme enters its last week before the participants join their respective Pakistan Junior League sides, end September. The five foreign coaches hired to work for the Engro Cricket Coaching Project under the pathway programme are focusing on sharpening the cricketing skills of the next generation of Pakistan stars at the National High Performance Centre, Lahore. Renowned fielding coach Julien Fountain and batting coach Toby Radford arrived in Lahore earlier this week to join power-hitting coach Julian Wood, bowling coach Gordon Parsons and strength and conditioning coach Nick Webb to complete the foreign coaches’ roster for the Engro Cricket Coaching Project. Fountain has rich experience of fielding professional sides including his stint with the Pakistan senior team, 2012-2014. Besides Pakistan, Fountain has also worked with Bangladesh, West Indies and various domestic and franchise sides around the world including Quetta Gladiators. Fountain was with the Gladiators for the first six editions of the Pakistan Super League.

Julien Fountain said: “Pakistan is just like home for me, I am thrilled to be here again, the pathway programme is a fantastic initiative and I am looking forward to an exciting time with these youngsters who are the future stars of Pakistan cricket. In my earlier stints both with the national side and at the academy, I have found the players incredibly receptive and keen on learning and I am glad that this time around I am fully dedicated to working with them as at the U19 level we can develop some great athletes and fielders. Coaching these youngsters will help Pakistan cricket build a foundation to give these young players, the skill, the technique, the tactics, the attitude and the life skills so that when they come into the Pakistan system for real, they will have the ability to deal with not only the foreign coaches but they will have the ability to fit in a professional system very quickly and that can only help Pakistan cricket. Fielding is as experts say, one discipline of the game that you can improve on even if you don’t have the natural talent for it. The basic mantra of fielding that I want to instil in these players is wicket-taking, the fielders have to go on the field with the belief that they can take wickets (through run outs and catches).”

More than 60 players between 16 and 19 years of age are being trained by the coaches while PCB’s local coaches are also providing assistance in various disciplines in the revolutionary pathway programme that is aimed at developing the future stars from an all-round perspective. Besides receiving world-class cricket coaching under the Engro Cricket Coaching Project, the players will also get education and life skills training. The players will get the opportunity of showcasing their newly learned skills at the inaugural edition of the six-team Pakistan Junior League that commences in Lahore on October 6 (Thursday).