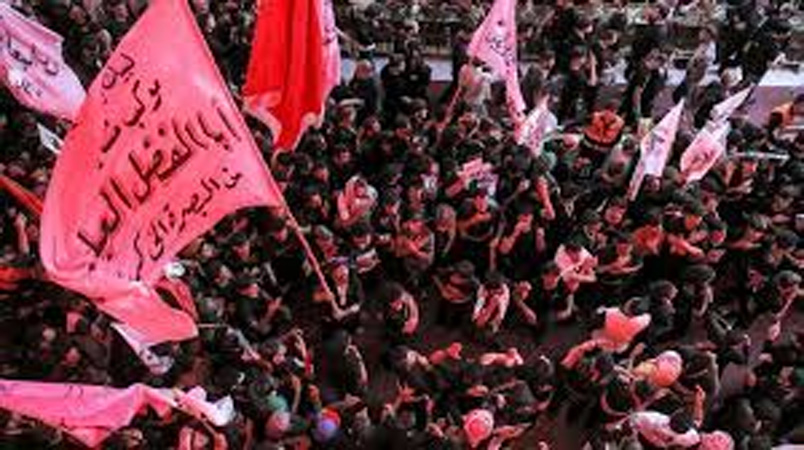 Twenty million pilgrims, swelled by a record influx of Iranians, have converged on the Iraqi shrine city of Karbala to mark Arbaeen, an annual Shiite festival that climaxes on Saturday. It is one of the world’s biggest religious gatherings, keenly observed in Iraq and neighbouring Iran, both Shiite majority countries. The event marks the end of a 40-day mourning period for the killing of Imam Hussein — a founding figure in Shiite Islam and grandson of the Prophet Mohammed — by the forces of Yazid in 680 AD. So far, there has been little sign of the intra-Shiite political tensions that have prevented Iraq forming a new government since elections nearly a year ago. “It’s as if I’ve arrived in paradise,” said Najme, a 37-year-old primary school teacher, wrapped in a black chador and her feet clad in sneakers. Along with her husband and parents, she is among more than three million Iranians attending the pilgrimage in Karbala, a new record, according to the Iranian government spokesman. The family drove from the Iranian clerical centre of Qom to Najaf — a second Shiite holy city in Iraq — and then walked 80 kilometres (50 miles) to Karbala, home to the shrines of Imam Hussein (AS) and his brother, Abbas.